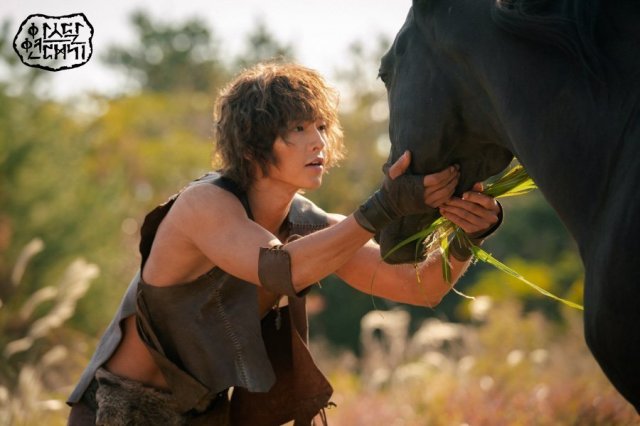 "Arthdal Chronicles" is expected to take on a highly masculine tone. It takes place in the Korean protostate of Gojoseon, and what we've seen of the costuming indicates that this drama will be more about legend than well observed history.

"Arthdal Chronicles" is Song Joong-ki's big return to dramas following "Descendants of the Sun" in 2016. Song Joong-ki's wife, Song Hye-kyo, who he met via that drama, had her comeback earlier this year with "Encounter".