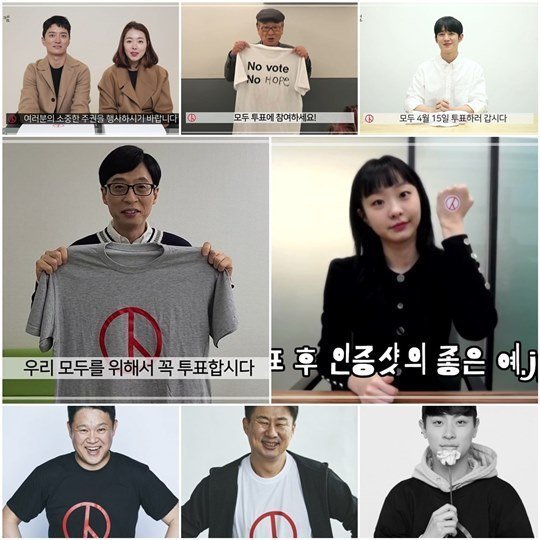 The 'world without a vote' campaign was unveiled on March 16th and has been going strong all the way up until election day. The theme of the campaign has been to pick well and make a note of it. Without expressing a partisan preference the celebrity campaign has made a point of boosting civic engagement via the relatively rare event of public elections. The campaign has had the support of election officials, who have hopes of improved turnout via this encouragement.

South Korea is already enjoying unusually high turnout compared to most other countries. The Presidential elections in 2017 had 77% of registered voters casting ballots, while the local elections of 2018 had 60% turnout. The former figure was the greatest for a presidential election since 1997, while the local election figure is second all-time for that kind of election. The parlimentary election, which will be the first since the candlelight rallies in 2016, is expected to have a similarly impressive showing.

The dedication stars have shown is also noteworthy. Some, like Kim Da-mi, are a deliberate attempt to target the campaign toward young people, who have traditionally had relatively low turnout rates. The focus on voting as engagement and patriotic duty is a noteworthy one compared to the years before the candlelight rallies, where voter apathy and disgust toward politicians in general tended to predominate.

"[HanCinema's News] Star-centered Get Out the Vote Campaign Has Big Expectations"
by HanCinema is licensed under a Creative Commons Attribution-Share Alike 3.0 Unported License.