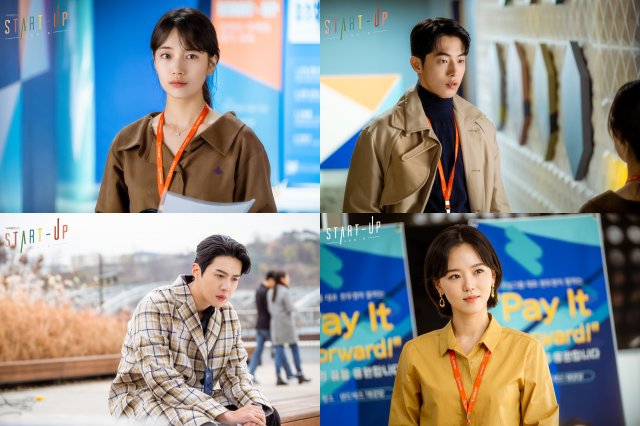 On December 6th closing statements from the four principal actors of "Start Up" were released following the airing of the drama's final episode. Bae Suzy described her time on "Start Up" both as happy but also as a disappointment. Specifically, she described the ending of the drama as being a disappointment because of the important, happy part her role had provided for her over the previous eight months. Bae Suzy thanked the staff for their hard work, saying it was an honor to work with them.

Kim Seon-ho, who played the second male lead, acknowledged the long time spent on "Start Up" but described his time as hot, pleasant, and happy. Kim Seon-ho also said that he felt a lot of meaning from all the hard work other people expended helping him out. Director Oh Choong-hwan, screenwriter Park Hye-ryeon, his co-stars, the staff, and all the people who tuned in to watch the work that they created were also thanked by Kim Seon-ho as he promised never to forget the drama.

Lastly, the second female lead Kang Han-na said that she faced the eight month long filming process with the same youthful determination as the character she played in the drama. Kang Han-na expressed hope that other people gained inspiration from the story in much the same way she herself did. Kang Han-na also thanked viewers deeply from the bottom of her heart as she asked them to watch the drama until the very end.