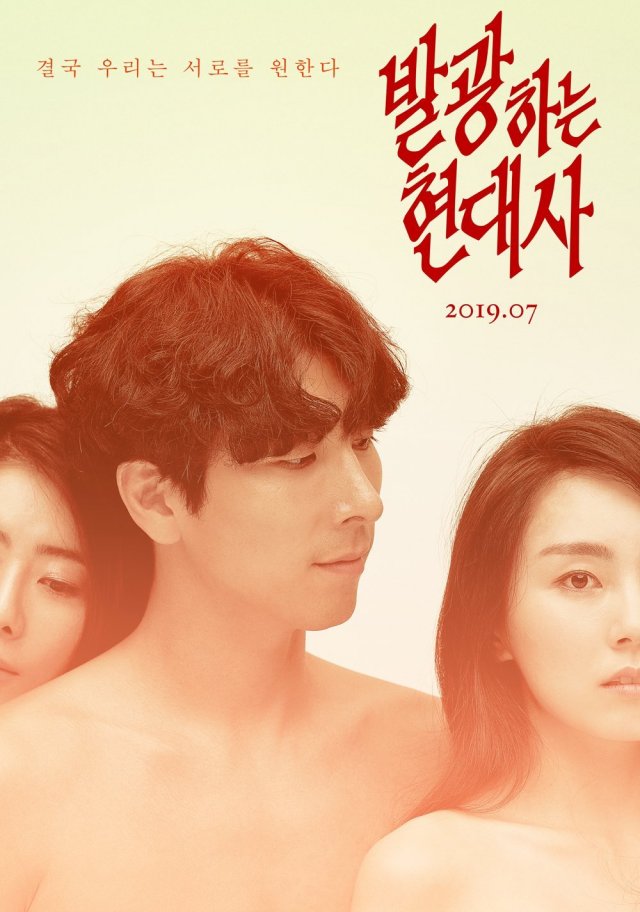 New publicity releases for "Master and Man - Movie" offer hints as to the movie's likely tone. On one end, the new posters shows off its three characters in the implied nude from the neck up, compared to the previous poster which simply showed their dangling naked legs.

The still images, by contrast, show a social comedy edge that's more in line with director Cho Sung-kyu's previous work. The man in the pictures, Hyun-dae (played by Lee Sang-won-I) is at the center of the psychosexual drama. His name, amusingly enough, roughly translates as meaning 'modern'. We can also see Min-joo (played by Jung Da-won-I), a woman who has been devastated by sexual desire exchanging significant looks with him. 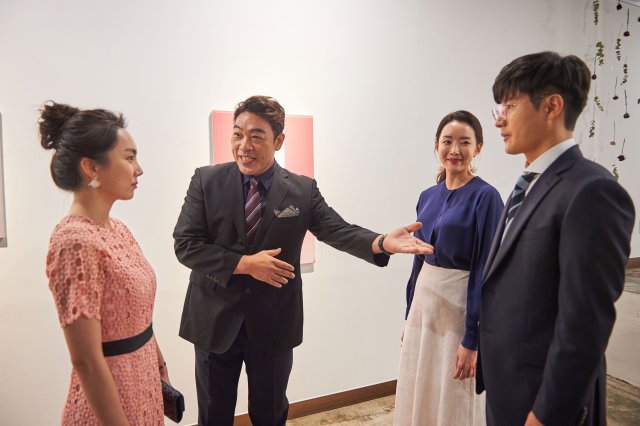 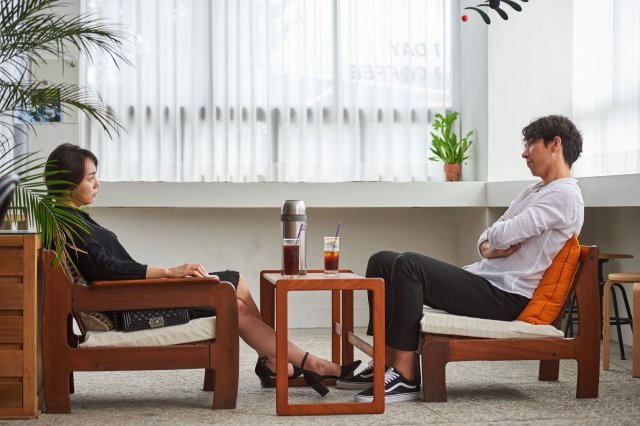 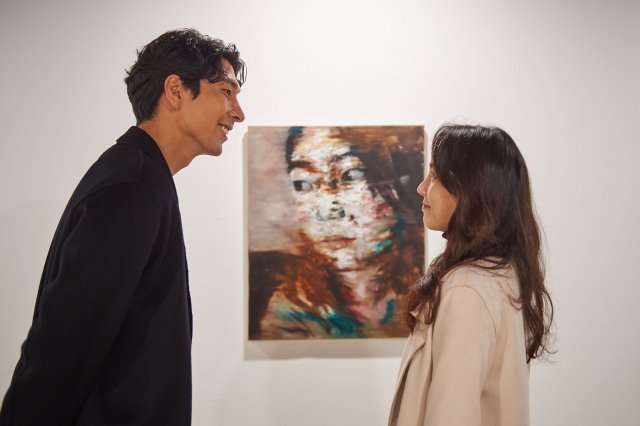 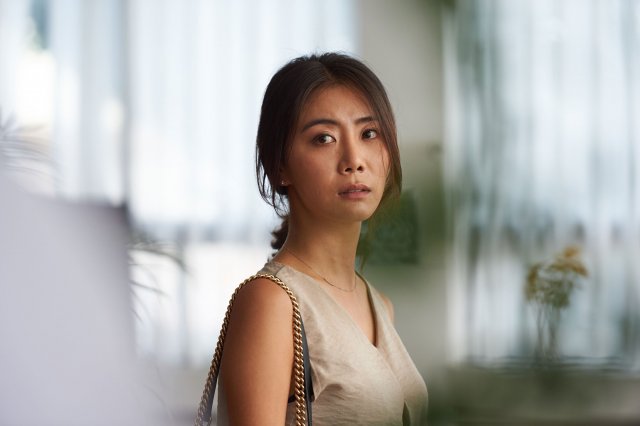 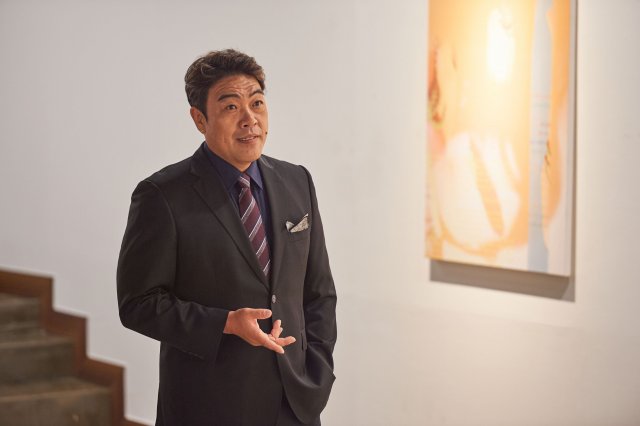 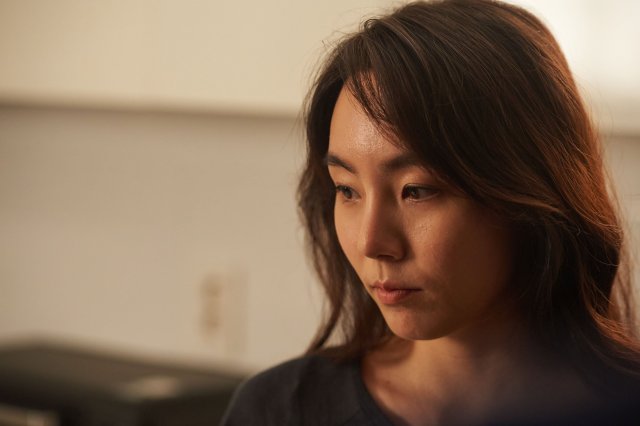 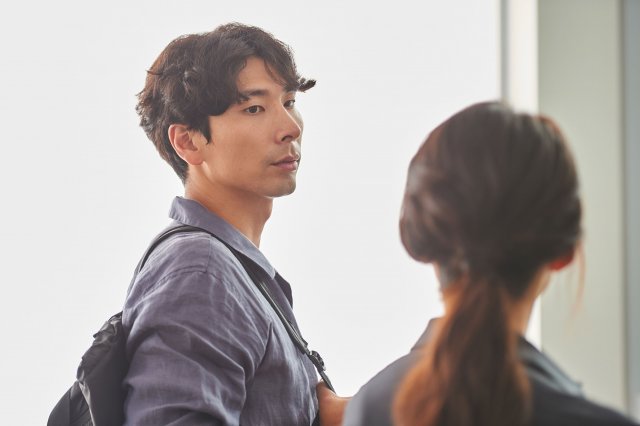