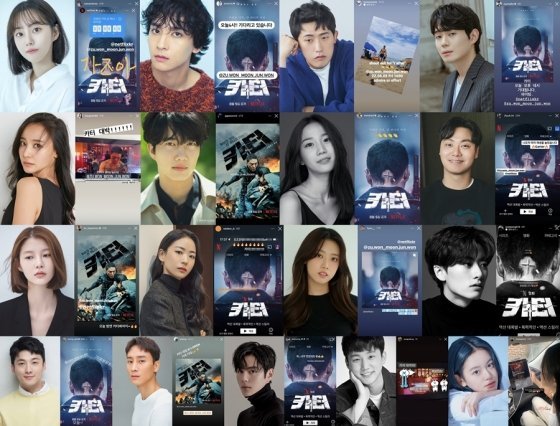 While the campaign itself appears to have been coordinated by Studio Santa Claus, there are few similarities between the SNS posts aside from the references to the movie itself. Most use different images. The sentiments expressed by the actors also differ. Lim Jae-hyuk claimed to watch it again immediately after the first watch. Lee E-dam wrote, "Carter" is finally here. Lee Won-jung wrote "let's go Cater" in English, typo included. "Carter" was released worldwide on August 5th.