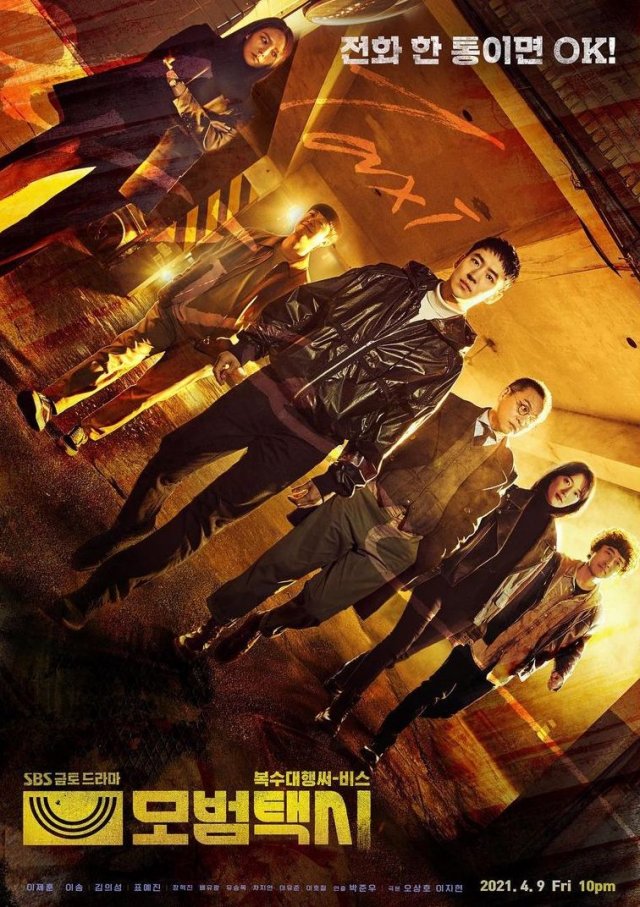 With the conclusion of "Vincenzo" last week, "Taxi Driver" has seized the opening to become the most popular drama surveyed by the Good Data Report in the metric of Internet searches. However, the competition is much closer than it has been in months, with "Taxi Driver", "Mouse", and "MINE" all being within a single point of one another, The newcomer "Youth of May" had its start in fourth place. 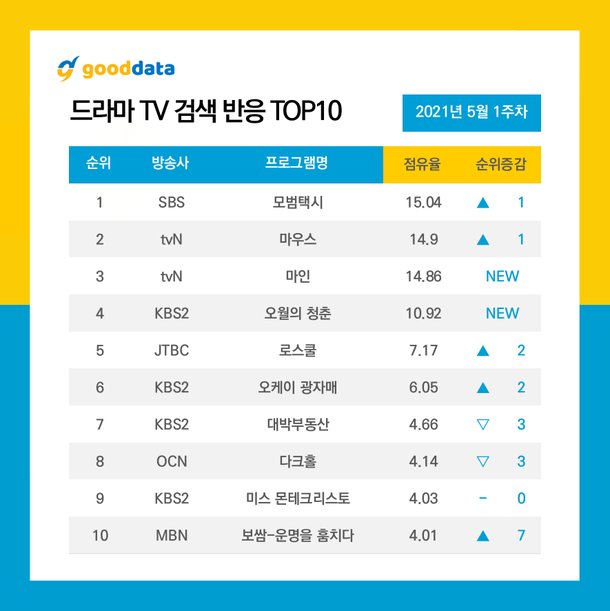 The relative parity between top dramas in Internet searches belies the reality in ratings, where "Taxi Driver" is by far the best performer of the four, with 13% ratings in it most recent episode. No other drama in the top four had ratings even half that level. However, all dramas are also going after very different audiences. "Taxi Driver" is an action drama, "Mouse" investigatory, "MINE" social, and "Youth of May" recent historical. This iteration of the Good Data Report covers the first week of May.