[HanCinema's News] "The Lies Within" Gains Momentum in Rebroadcasts 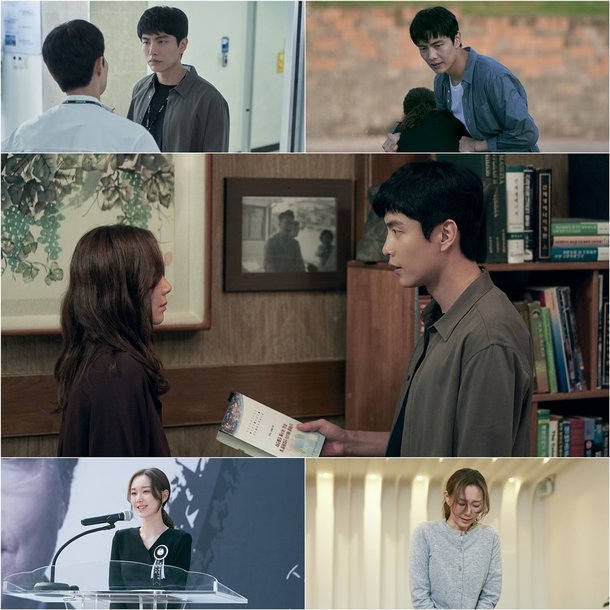 "The Lies Within" was largely an unknown quantity when it first aired. The OCN drama centers around a detective who can't leave any death unnoticed. Lee Min-ki was cast in the lead role, and though the actor is well-known, viewers weren't sure how to place him in the style of a hard-boiled OCN detective serial.

Viewers have been surprised to find that Lee Min-ki's naturalistic acting style that has made him popular in romances translates quite well to the serial mystery format. His character's extremely sharp demeanor when it comes to seeing through lies is reminiscent of his often blunt outlook as a lead in romances.

Lee Yoo-young has also found appreciative fans in her role as the apparently normal woman trying to cope with her father's death and her husband's disappearance while in the midst of politically motivated media appearances. Lee Yoo-young is best known for her subtle roles in minor films, and "The Lies Within" has been her first real mainstream exposure.

The production company behind "The Lies Within" explained the apparently unusual casting of the drama by stating that the actors had perfect understanding and enthusiasm for their characters. As interest in the drama grows, it would seem that faith in their abilities was not misplaced.

"[HanCinema's News] "The Lies Within" Gains Momentum in Rebroadcasts"
by HanCinema is licensed under a Creative Commons Attribution-Share Alike 3.0 Unported License.