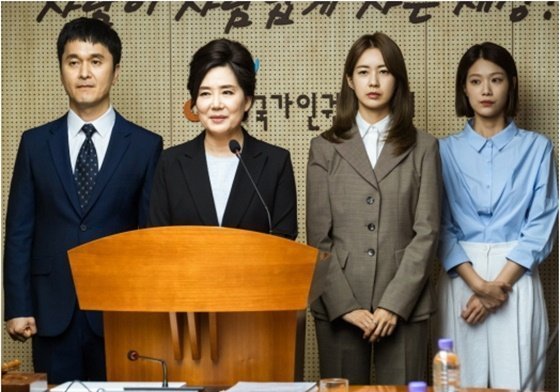 "The Running Mates: Human Rights" is based on the novel of the same title. The novel attracted popularity because of its starkly realistic look at the life of HRC investigators, noting the often justified difficulty that investigators have in getting victims or anyone else to cooperate with them. The novel has cheerful moments, but does not sugarcoat the overall difficulty of the work.

Of particular interest in the spotlighted photos is how the main characters appear to be in the process of giving reports - this is a critical part of an investigator's job, but in most dramas this is glossed over for the sake of pacing. This suggests that "The Running Mates: Human Rights" will be yet another genre experiment for OCN, which has made a point lately of putting unique spins on the thriller and mystery dramas it's known for.