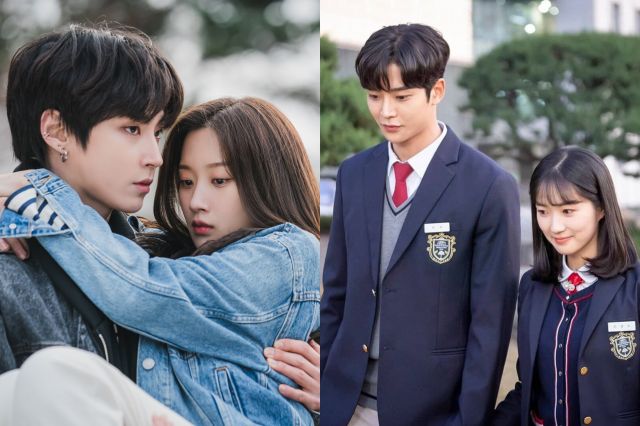 K-Dramas, or any form of media in fact, is meant for telling stories. Whether those be fictional, non-fiction, fantasy, based on reality, they're all stories about people, places and things. Korean dramas have mastered the art of effortless storytelling, as is evident from their incredible popularity all over the world. As K-Dramas explore feelings, emotions, situations, individuals and their unique (and sometimes extraordinarily ordinary) lives, it is only obvious that a lot of those narratives are moulded around youth, adolescence and in simpler words, coming of age. With that said, here are the top 10 school or college/University related K-Dramas that you must watch to either understand your own experiences better or reminisce about the past. 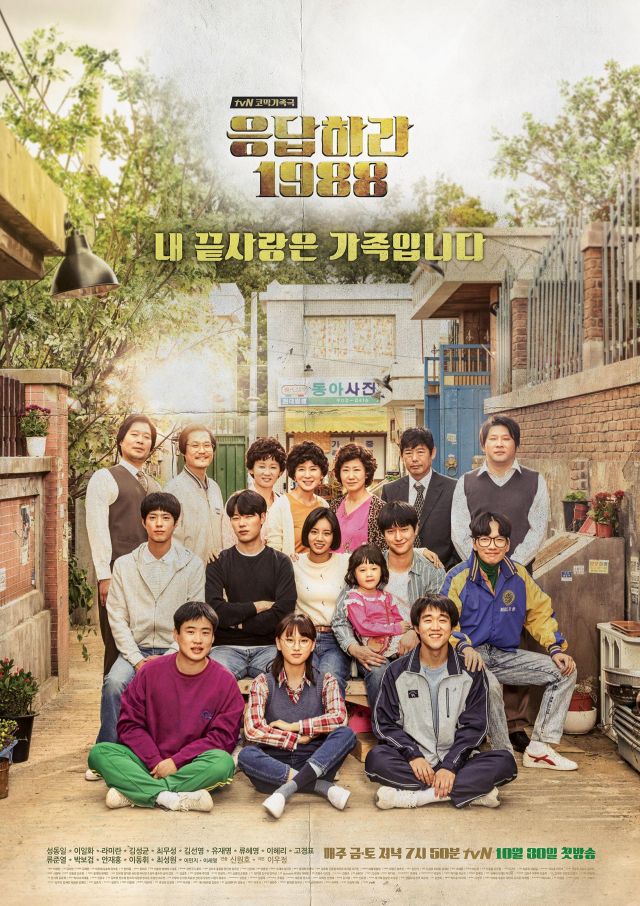 While all 3 of the dramas included in the "Answer Me" series are absolute masterpieces when it comes to the coming of age genre, "Answer Me 1988" holds a special place in the fandom, without a doubt. While it does focus on schooling, education and the innumerable trials and tribulations that come with the same, it is a mere backdrop for the complicated emotions synonymous with youth that the drama deals with. We see the characters grow right in front of our eyes which endears them even more to the viewers. "Answer Me 1988" is a must-watch. 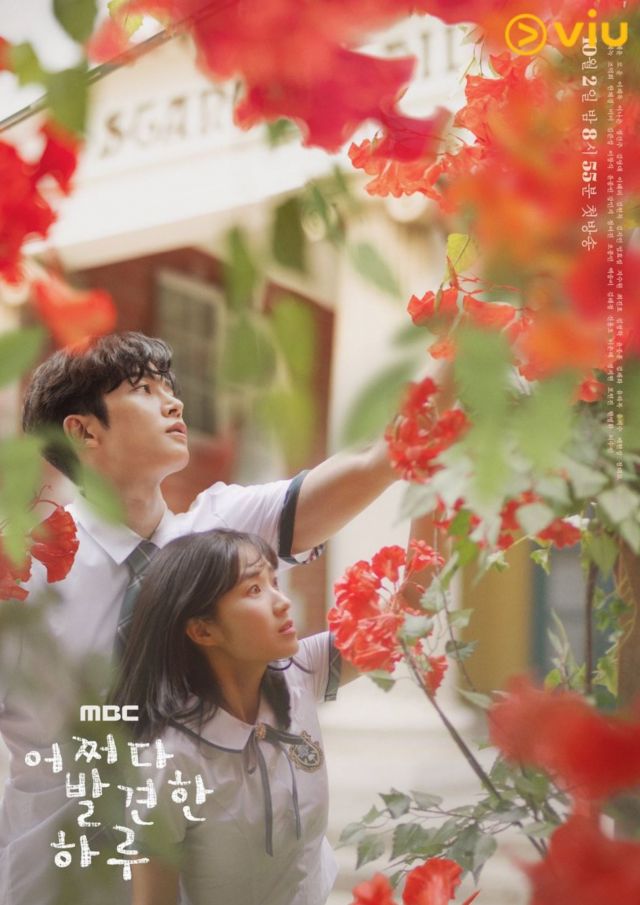 The webtoon-turned-drama "Extraordinary You" stands true to its name. Based on the webtoon "July Found By Chance", this drama is set in a fictional manhwa (Korean comic) world where some certain characters seem to have the ability to gain sentience. Viewers are kept just as confused in the beginning as our protagonist Eun Dan-oh (played by Kim Hye-yoon) is when she finds out that the world, her world, isn't quite as real as she thought. We're taken through a wonderful journey of love, fate and transcendence through this narrative, all against the backdrop of the wonderful campus of Yonsei University, which adds to the charm of the drama. 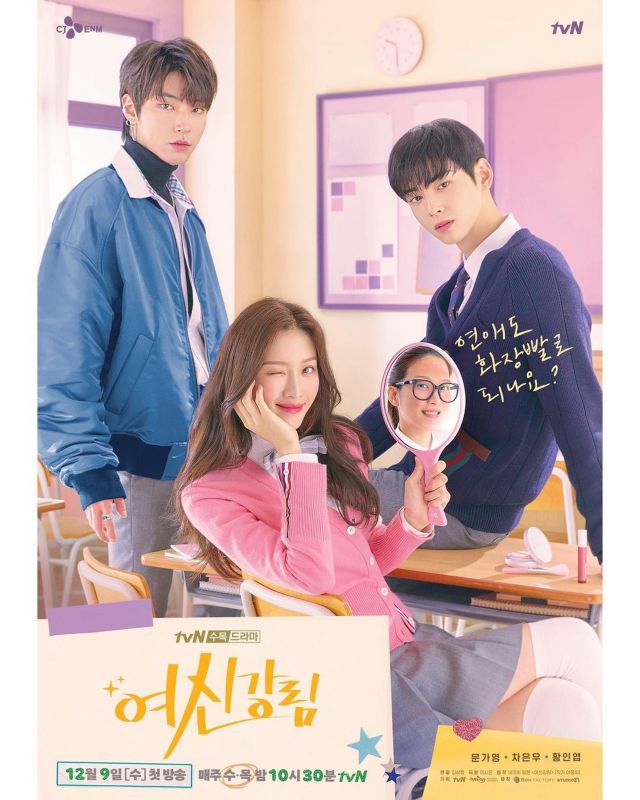 One of the most popular campus dramas in recent times, "True Beauty" is yet another webtoon adaptation. It is also set on the campus of Yonsei University and is perfect for any beginner K-Drama fan who's looking for something light yet adorable and entertaining. Unlike some of the other dramas on this list, "True Beauty" is a total fun fest with some amazing characters, our favourite actors and more. 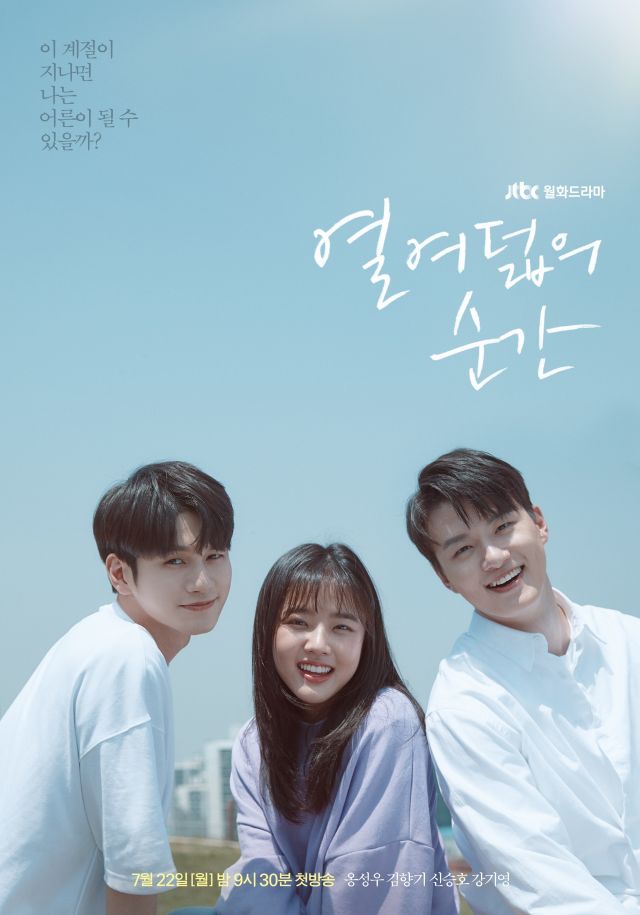 "A Moment at Eighteen"

"A Moment at Eighteen" is a masterpiece of a coming of age drama that definitely deserves more attention. While it might not be as bright and bubble as the rest of the dramas on this list, it is absolutely realistic and that's what makes it slightly bleak. Eighteen years old is a special time in anyone's life for several reasons but it is ephemeral and floats by as swiftly as a single moment that you can never grasp. You can look forward to some incredibly emotionally charged situations that are sure to leave you crying, whether they be happy tears or otherwise. 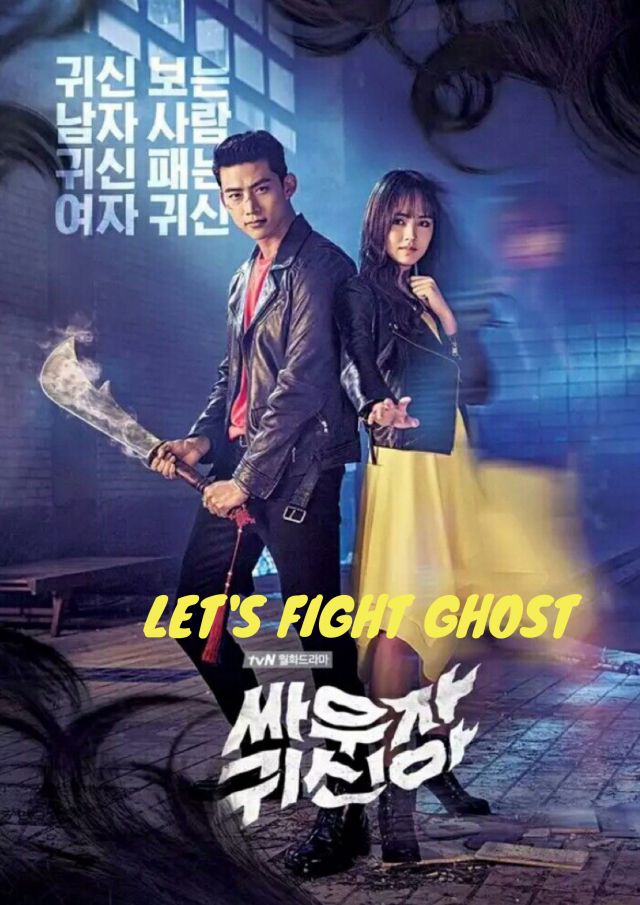 "Bring It On, Ghost"

A refreshing take on campus dramas, "Bring It On, Ghost" isn't exactly about school or college life but it is given a fair amount of importance in the drama for it to be categorised as one. Without any spoilers, suffice to say that this is one of the most innovative takes on the trope that will make you realise that what is a burden to some might just be a blessing to others. As you might have guessed from the title itself, there's a fair bit of ghostly encounters in this drama, some of which will spook you and some that will give you heart-eyes. 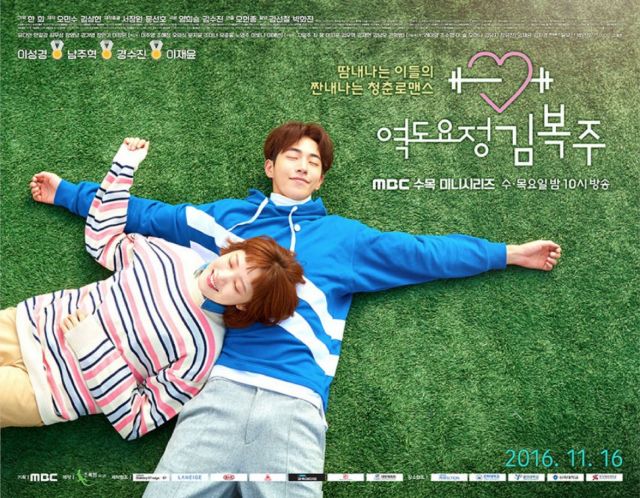 Perhaps one of the best representations of University life would be none other than "Weightlifting Fairy Kim Bok-joo" which truly delves into the intricacies and amusements of being in University. The central couple, played by Nam Joo-hyuk and Lee Sung-kyung show us the very definition of campus romance. The fact that it is also a sports drama is sure to resonate with budding athletes. 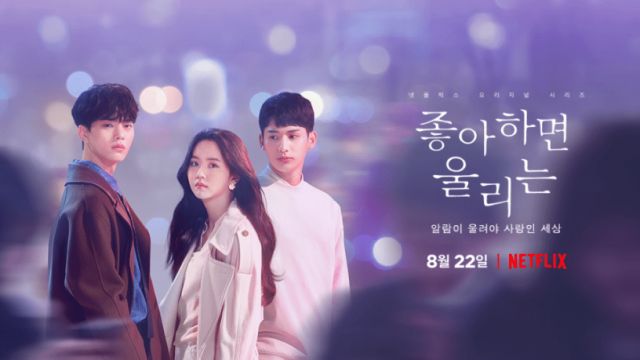 The "Love Alarm" series, including "Love Alarm - Season 2" is a brilliant portrayal of modern day romance and the complexities of the same. Times have changed and the way people fall in love has too. An app makes it clear whether someone in one's vicinity likes them romantically and it changes the world, at least for a while. Starring the queen of high school K-Dramas, Kim So-hyun as Kim Jo-jo and the two male leads Hwang Seon-oh and Lee Hye-yeong played by Song Kang and Jung Ga-ram respectively, this drama is a visual treat and at times, punch to the gut. Expect the unexpected. 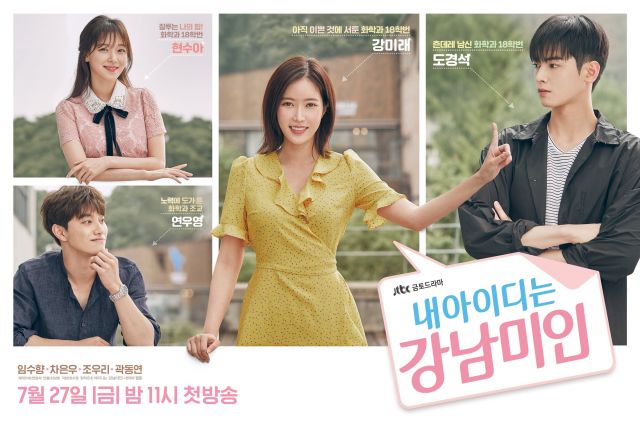 "My ID is Gangnam Beauty"

Another Cha Eun-woo starrer, "My ID is Gangnam Beauty" has quite a similar theme to the actor's aforementioned latest drama "True Beauty". Dealing with the concepts of societal notions of beauty, peer pressure, self love and more, this drama is truly a great expression of encouragement for the youth who regularly have to cope with the issues portrayed in the drama. If you like "True Beauty", you'll love "My ID is Gangnam Beauty". 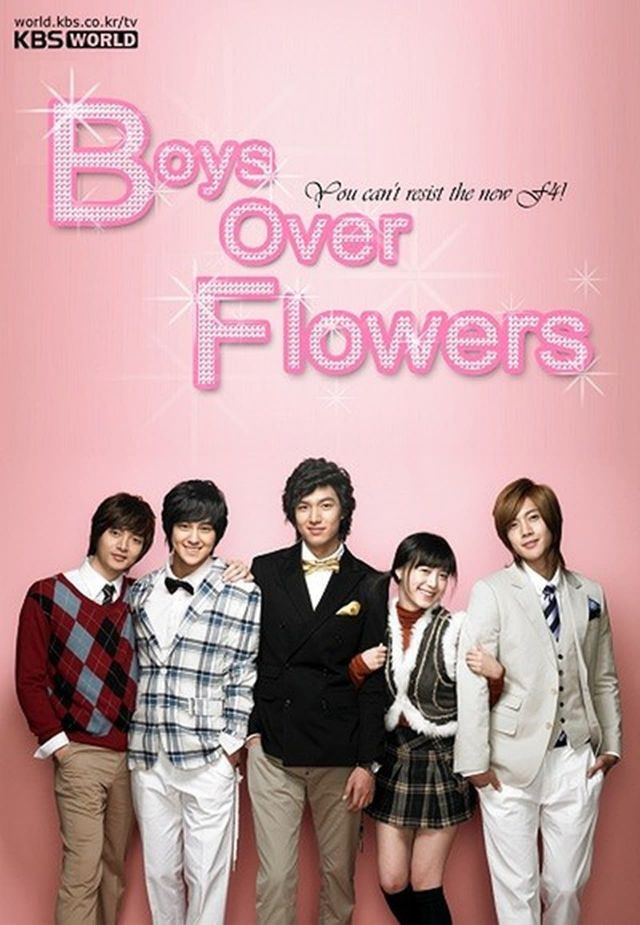 This list wouldn't be complete without mentioning the OG high school drama, "Boys over Flowers". One of the reasons for the flourishing of the Hallyu wave worldwide, "Boys over Flowers" has aged well enough for viewers to enjoy it even today. It might not have the most novel concept but it is majorly entertaining nonetheless.