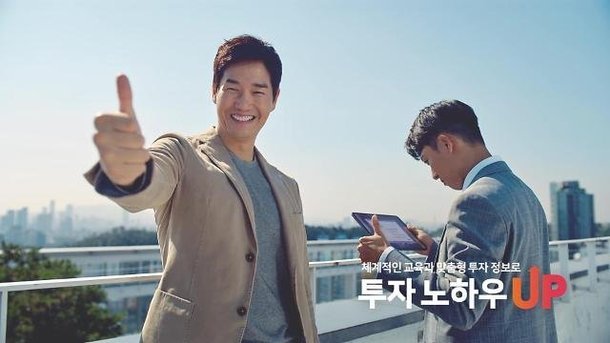 The JTech educational brand has selected Yoo Ji-tae as its first advertising model for its FinUp service. The first part featuring the actor started airing on October 16th. Two more in the three part series will start airing on October 23rd.

In a statement a representative from JTech stated that Yoo Ji-tae was good for the brand not just as an actor, but for his more well-rounded civic reputation. FinUp specializes in offering information based services to users on its platforms. The latest initiative, which Yoo Ji-tae is advertising, centers around investmenting.