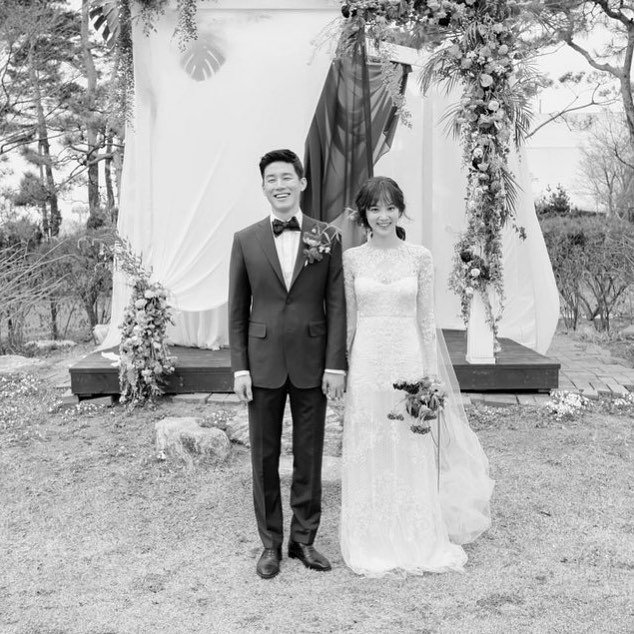 On April 4th, Yoon Seung-ah commemorated her four year wedding anniversary with Kim Moo-yul on Instagram. She posted a black-and-white wedding photo of that day, where the bride and groom can be seen smiling and happy at their outdoor ceremony.

Yoon Seung-ah also posted a note, stating that this photo is a reminder of a time when she met a very different person and so they slowly mutually accepted each other's differences. Yoon Seung-ah then expressed thanks that they could be together, and noted the great comfort they had given one another in their time together.