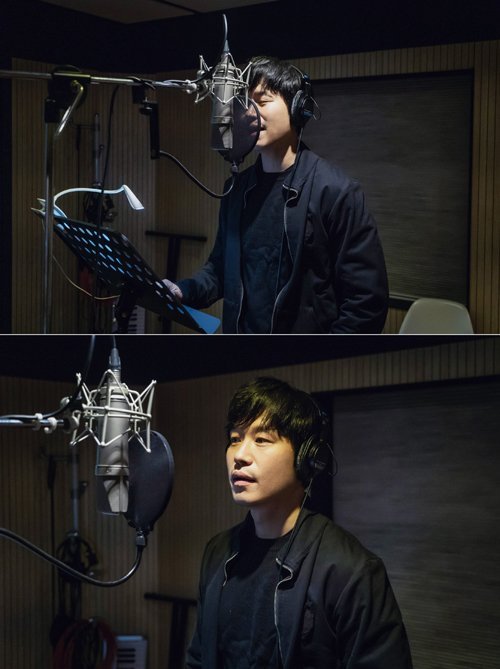 Yu Jun-sang is singing a song for the drama he's appearing in, "Liver or Die". The songwriter specifically crafted the song for Yu Jun-sang, in light of his renewed popularity.

There's an obvious thematic popularity with Yu Jun-sang's character in "Liver or Die", a man who goes through life not being consistently appreciated, only to get a turnaround in popularity. "Liver or Die" has been enjoying high ratings.

The song is entitled 'I am a Happy Person' (나는 행복한 사람). It appears in episode eighteen of the drama, when Yu Jun-sang's character goes to a karaoke bar. In true ironic form, the context of all this is intense crying.

The recording was made on March 2nd. "Liver or Die" ended on March 14th.