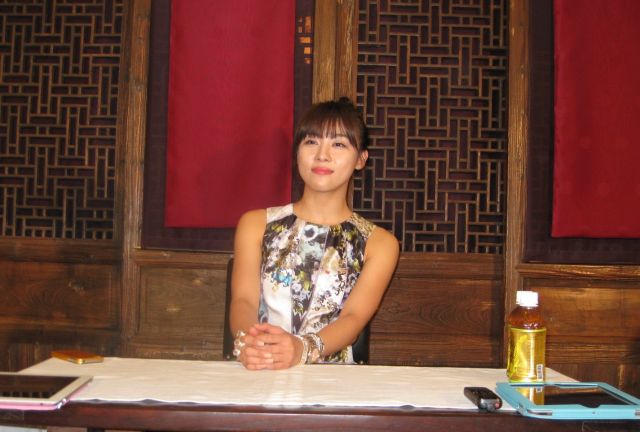 Ha Ji-won attended the premiere of her movie, "As One", at CGV Cinemas in Los Angeles on June 5, 2012 to the delight of many American fans. While addressing the audience in the theater, she reminisced on how touched she was when she first read the script and how she hopes it will bring out the "fighting spirit" in everyone after watching this inspiring film.

During the press conference, she addressed some topics surrounding "As One". Ha Ji-won claimed ping pong to be a difficult sport to learn and had to undergo 6 months of training to appear as a pro-athlete. She often filmed at a gym and even though the temperature reached 50 degree Celcius, the staff and actors would stay behind and play, which made the filming fun. Regarding the most difficult part of the movie, she picked the story and the acting itself. Ha said "This film starts off with the challenges between North and South Korea and throughout the movie, you have this process of coming to terms with each other and sharing an emotional connection. I really wanted to capture that and I discussed this quite a lot with the Director. I myself changed throughout the film and I feel like I became a more mature person because of this issue that we are dealing with. In the end, you can think North and South Korea are very different, but we really are the same people just under very different circumstances".

She loved being called by her new nickname, the "Flower of Reunification". She hoped that North Koreans can someday see this movie and "if this movie plays any small role in a potential future of unified Korea, that would be a great achievement in itself and something I would be thankful for". While the topic of reunification is a big issue and seem unattainable at the moment, she hoped that this movie and "The King 2 Hearts" can move people's hearts, especially young people's, to be committed to this topic and help speed reunification. 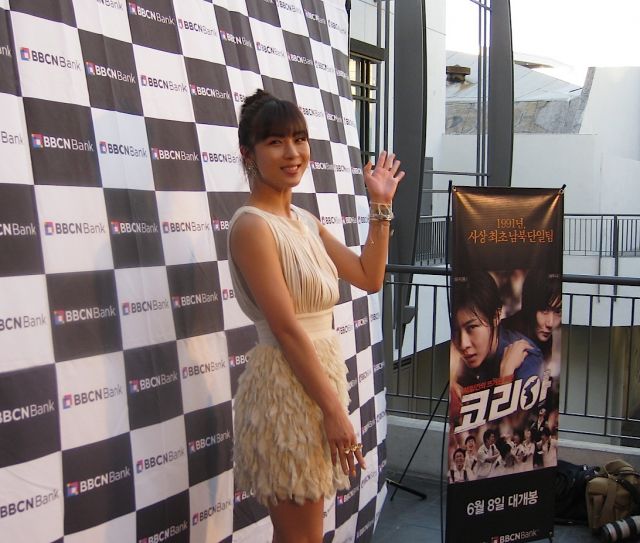 With regards to entering the international market scene, Ha mentioned she would be honored to film a Hollywood movie and hoped that she can bring something unique to the screen. She promised to continue to work hard and study English in the mean time. She said she would not mind having Robert Pattinson as an acting partner in a Hollywood movie. Within her short trip in LA, she has eaten brunch at many different restaurants which will remain "As One" of her favorite memories of her trip.