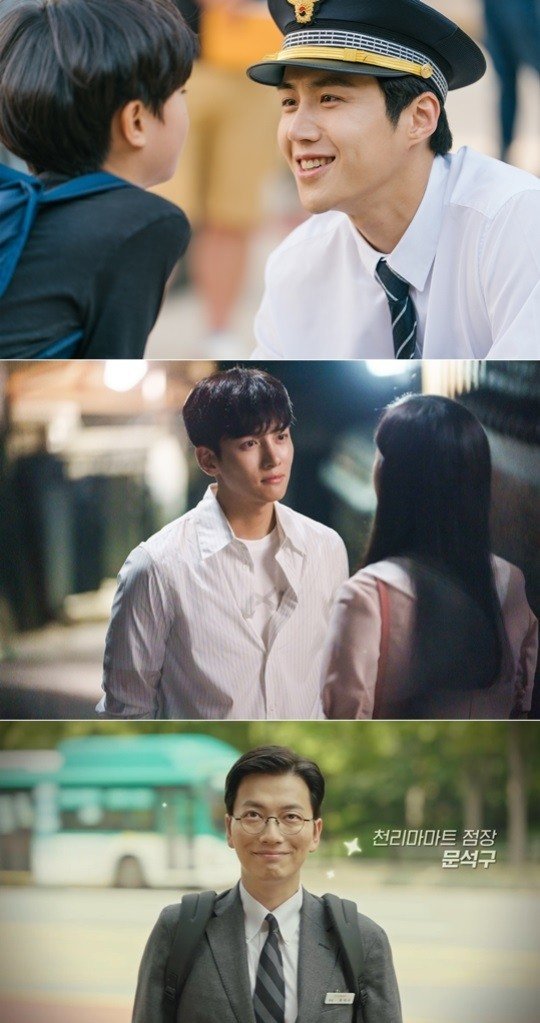 Kim Seon-ho turns into a subway police chief in the tvN drama "Catch the Ghost" and continues the legacy of tvN's best leading actors.

Good looking actors have been stealing the hearts of female viewers on tvN lately. On the weekend there is Ma Dong-chan (Ji Chang-wook) from "Melting Me Softly", who looks great even after 20 years of being frozen and unfrozen again. On Friday there is Moon Seok-goo (Lee Dong-hwi) from "Pegasus Mart", who has no interest in love or hobbies and only seeks success.

From the 21st onwards, Kim Seon-ho is appearing on the home screens and continues this line of handsome and charming leading men.

He stars in the new tvN drama "Catch the Ghost", a mystery investigative drama in which a subway police force go after a serial killer who is known as 'the subway ghost'.

Kim Seon-ho tackles the role of Go Ji-seok, the chief of the subway police. He graduated from the Police Academy with honors, but he's a man of almost primal prudence and extreme timidity. He is expected to give off the charm of a strong man in the process of confronting Moon Geun-young (Yoo Ryeong), who is completely the opposite of him.

Meanwhile, the new tvN drama "Catch the Ghost" will begin on the 21st at 9:30PM after "The Great Show".

"Handsome Alert - TvN's Mobilization of Attractive Men"
by HanCinema is licensed under a Creative Commons Attribution-Share Alike 3.0 Unported License.
Based on a work from this source