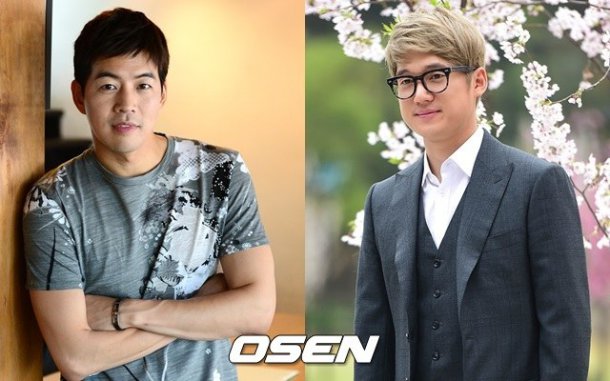 Two genius psychologists are coming this way. One is Lee Sang-yoon in the new tvN drama "Liar Game" and the other is Song Chang-eui from the OCN drama "Doctor Frost".

Lee Sang-yoon stars in "Liar Game" as Cha Woo-jin, the youngest professor in applied psychology and a fraud who served time. He's a double sided man who seems to have both evil and good in him but is going to show all the psychologist aspects of himself in the process of helping Nam Da-jeong (Kim So-eun).

Song Chang-eui appears in "Doctor Frost" as genius psychologist Baek Nam-bong. He's known as Doctor Baek or Doctor Frost on campus. His genius surfaces when he resolves the problems of many of his clients and Jung Eun-chae stars as Yoon Seong-ah, his assistant.

Baek Nam-bong's strongest character is that he doesn't relate to others' emotions and feelings because of damage in his frontal lobe and his emotions have been paralyzed.

Other than the fact that these two dramas star genius psychologists, they are also based on original comics. "Liar Game" is based on an original Japanese comic and "Doctor Frost" on an original Korean comic.

"Handsome psychologists: Lee Sang-yoon vs. Song Chang-eui"
by HanCinema is licensed under a Creative Commons Attribution-Share Alike 3.0 Unported License.
Based on a work from this source