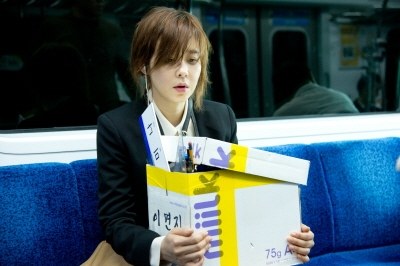 The movie "Happiness for Sale" was released online.

63% were men and the rest female. It seems like Choi Kang-hee has to do a lot with it.

"Happiness for Sale" is about Kang Mina (Choi Kang-hee) who inherits a stationary store from her father who suddenly passed away. A total of 320,000 people watched it nationwide. .

""Happiness for Sale" revealed online"
by HanCinema is licensed under a Creative Commons Attribution-Share Alike 3.0 Unported License.
Based on a work from this source