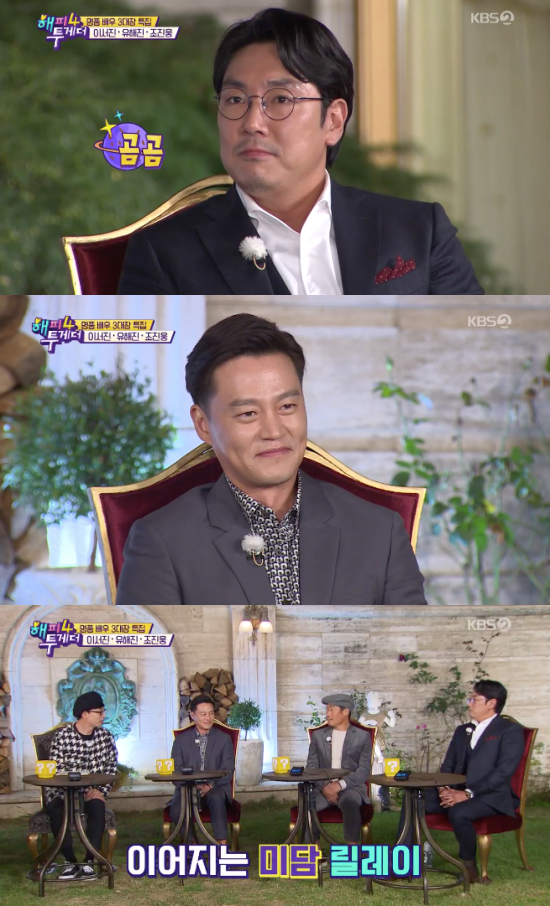 Yoo Hye-jung said about Lee Seo-jin, "We went to eat meat and Kim Seo-jin slipped a tip for the lady that was serving us".

Lee Seo-jin said about Yoo Hae-jin, "I think he says a lot of useless things to bring up the atmosphere. He's very sensitive when he's acting though".

Cho Jin-woong said, "He kept up laughing all the time and I didn't have to worry about being funny. I heard he was usually quiet on other sets, but I think that's just a rumor".

""Happy Together 4" Yoo Hae-jin Compliments Lee Seo-jin "
by HanCinema is licensed under a Creative Commons Attribution-Share Alike 3.0 Unported License.
Based on a work from this source