Hard training in the heat 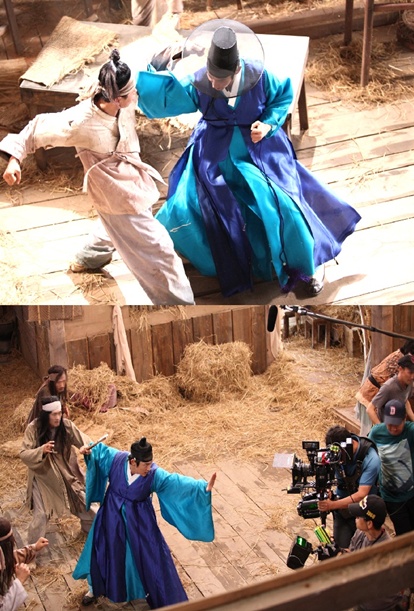 Pictures of a barehanded fight were posted online in the heat.

Lee Joon-gi who plays the role of magistrate Eun-oh who can see ghosts in the drama "Arang and the Magistrate pulled off an action scene wearing a Hanbok.

Having shown what he's got in "Iljimae", "Fly, Daddy, Fly" and others, this time the action will be upgraded a tone.

It is said that Lee Joon-gi knows what he's doing when it comes to martial arts.

Meanwhile, "Arang and the Magistrate" is based on the motive of the legendary Arang legend about a ghost who wants to know about her death and a magistrate who can see her. To be aired on the 15th of August.

"Hard training in the heat"
by HanCinema is licensed under a Creative Commons Attribution-Share Alike 3.0 Unported License.
Based on a work from this source