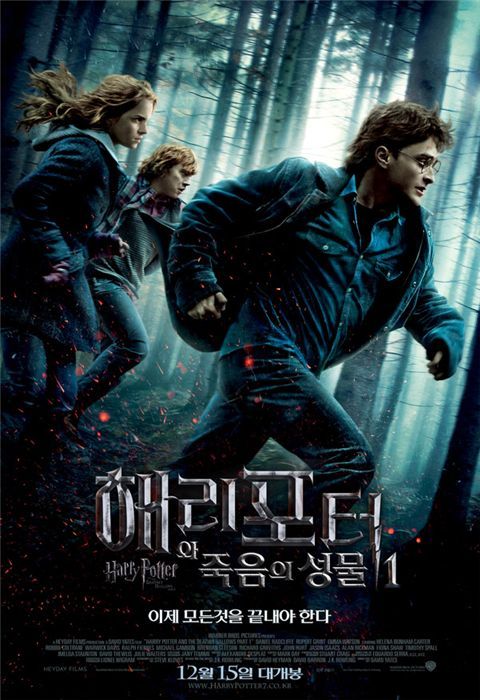 Warner Bros' latest installment of the "Harry Potter" franchise, "Harry Potter and the Deathly Hallows Part 1", arrived on top of Korea's box office over the weekend, according to data by Korean Box Office Information System (KOBIS) on Monday.

The film which is the first of two movies based on J.K. Rowling's seventh and final book in the "Harry Potter" series, marks the beginning to the end of the boy wizard's odyssey.

Another local romance "Finding Mr. Destiny" with Gong Yoo and Lim Soo-jung playing the main characters came in third with 119,260 viewers. The film which opened on December 8 is the adaption to a popular musical in Korea.

Other films that ranked high on recent box office chart included fantasy film "The Chronicles of Narnia: The Voyage of The Dawn Treader", Belgium animation "Sammy's Adventures: The Secret Passage", an action-thriller "The Tourist" and local black comedy Villain and Widow".

Newcomers were "The Last Station", about the final days of great Russian author Tolstoy, "Don't Cry For Me, Sudan" a Korean documentary film that looked into the life of pastor Lee Tae-suk and his work in Sudan and Japanese hit-animation "Pokemon DP; The Ruler of Illusion Zoroark".

""Harry Potter" leads Korean box office"
by HanCinema is licensed under a Creative Commons Attribution-Share Alike 3.0 Unported License.
Based on a work from this source