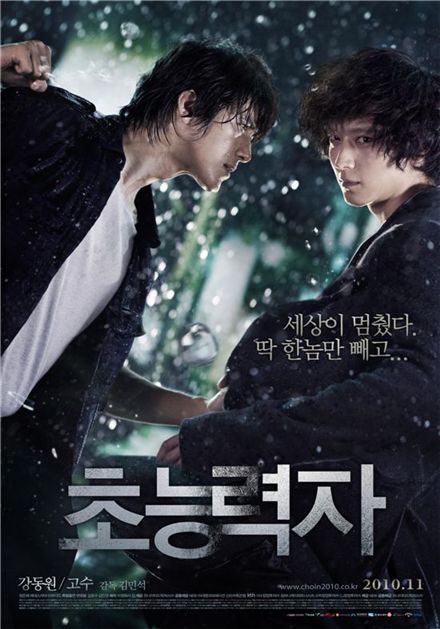 New film "Haunters" has become the movie to sell the most advance tickets so far this year, according to the findings of online reservation website Max Movie.

Data by Max Movie on Wednesday, a day prior to the film's release today, showed that ticket reservation rate for the film starring actors Gang Dong-won and Go Soo stood at 83.47 percent, the highest figure this year and also the first time in four years, after smash hit film "The Host", for bookings to pass the 80 percent mark.

"Haunters" posted high reservation rates on other websites as well; over 75 percent according to the official Korean Box Office Information System (KOBIS), 82.53 percent on InterPark, 42 percent on Yes24, 71.4 percent on Nate Movies and 56.25 percent on Ticket Link.

Korean film "The Unjust", which followed in second place in terms of reservations on all websites, lodged figures in the six to 15 percent range.

"Haunters", directed by Kim Min-suk-IV, features a unique story about a duel between two men, one with a supernatural power who can control people with his eyes and another who is the only one that the former's power do not work on.

""Haunters" sees highest advance tickets sales for 2010"
by HanCinema is licensed under a Creative Commons Attribution-Share Alike 3.0 Unported License.
Based on a work from this source