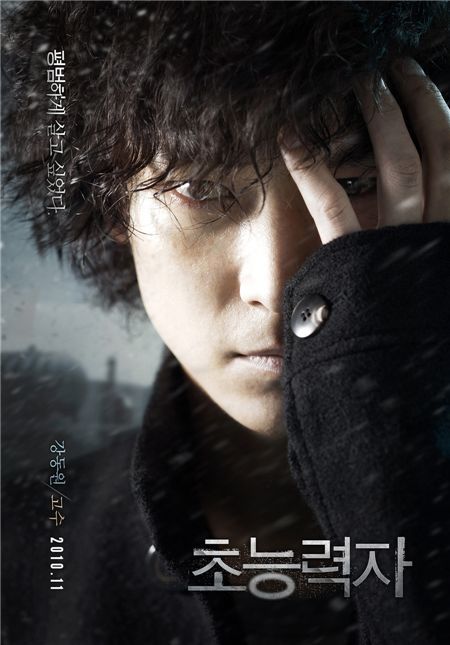 Local film "Haunters" topped the weekend box office chart for the second time in a row, according to data released by the official Korean Box Office Information System (KOBIS) on Monday.

The story about a duel between two men, one with a psychic power and the other who is immune to it, has attracted over a total 1.6 million viewers since its release on November 10.

U.S. film "The Social Network" which opened last Friday came next, selling 181,642 tickets and grossing over 1.3 billion won during the three day period.

The film directed by David Fincher and starring Jesse Eisenberg, Justin Timberlake and Andrew Garfield looks into the story behind the creation of Facebook.

"The Unjust" a local film starring Hwang Jung-min, Ryoo Seung-bum and Yoo Hae-jin took third place on the box office, remaining strong on chart after having premiered nearly a month ago on October 28.

The film gained another 175,499 viewers during the weekend to bring the total number of its audience to almost 2.34 million so far.

Other films that newly entered the chart were vampire story "Let Me In", horror-slasher pic "Saw (3D)" and "Love, in Between" that looks into the contradiction of marriage.

""Haunters" tops box office for 2nd week"
by HanCinema is licensed under a Creative Commons Attribution-Share Alike 3.0 Unported License.
Based on a work from this source