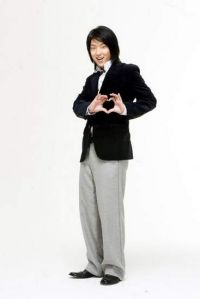 The Rising Star Award is "a portent honor" forecasting that "the star's future work will form a composition of great merit and substantial significance, elevating the medium of film with the artist's outstanding contribution to global cinema", according to a press release by HIFF.

The award will be presented at "An Evening with Lee Joon-gi" 7 p.m., Friday, Oct. 19 at Hawaii Theater, and the ceremony will include the United States premiere of one of his new movies, soon to be announced, said HIFF.

The 25-year-old rose to stardom through his role in "King and the Clown" (2005), one of the highest grossing movies in Korean film history. The movie was shown at the festival last year. With a face fairer than a woman's, the model-turned-actor sensationalized the concept of "pretty men" here. The former model also released a pop album, "My Jun".

In addition to "The King and the Clown", Lee's star TV drama "My Girl" (SBS, 2006) was also very popular in Hawaii, said the festival's organizing committee according to Mentor Entertainment. The star currently appears in the popular MBC series "Time Between Dog and Wolf - Drama".

The annual HIFF has acted as a major showcase for Asian and Pacific feature films, documentaries and videos in the United States, premiering pieces like "Crouching Tiger Hidden Dragon", "Y Tu Mama Tambien", "The Host" and "JSA - Joint Security Area".

"Hawaii Film Fest to Spotlight Lee Joon-gi"
by HanCinema is licensed under a Creative Commons Attribution-Share Alike 3.0 Unported License.
Based on a work from this source