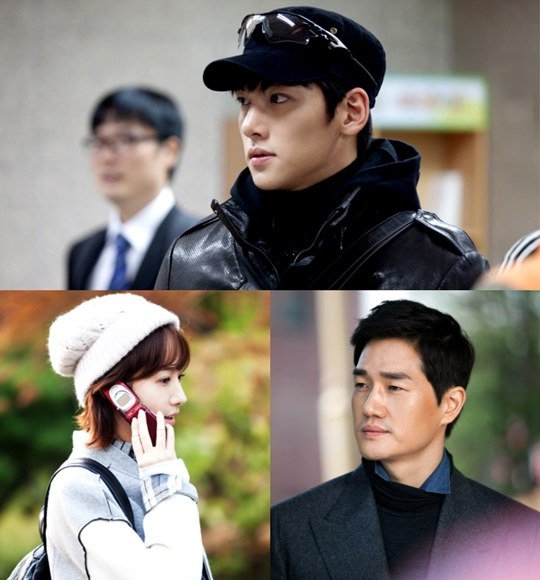 The new KBS 2TV drama started filming in Incheon and will move about to Seoul, Dae-jeon, Cheong-ju and all over the country for the making. The drama is currently focusing on the characters and filming the drama to the best of everyone's abilities.

Ji Chang-wook takes on the role of Seo Jeong-hoo with a code name "Healer". He is the best there is of his kind and fulfills any job that is asked of him. Ji Chang-wook in the picture is from a scene taken in Dae-jeon. It's a scene where he's tracking down someone and he rolls and tumbles in a dark tunnel where he also has to get into physical contact with someone.

Yoo Ji-tae takes on the role of Kim Moon-ho, a star reporter who all other reporters look up to. His first scene was taken in Paju on the 18th of October. Yoo Ji-tae analyzed his role very well before the camera started rolling and showed his professionalism. Ji Chang-wook and Park Min-young also joined him on set and gave out their energy into making a great scene.

Park Min-young takes on the role of a freak internet newspaper reporter, Cha Yeong-sin. She dreams of becoming a famous and sexy reporter. Park cut her hair for a major image transformation and hinted everyone would be in for a surprise. She discusses scenes with director Lee Jeong-sup before going into every scene and puts in all her effort into making a perfect work of art.

The "Healer" production team claims, "The three main characters have been working real hard at understanding their characters and it is expected that this drama will turn out to be enjoyable for the eyes, ears and hearts".

Meanwhile, "Healer" is the story of the "Sandglass" offspring generation written by Song Ji-na. The young people live far away from words like politics and society but in the end stand up to face the depressing world their parents have left them. Written by Song Ji-na and directed by Lee Jung-seob who have a combined average viewing percentage of 115.3%, many are anticipating the synergism that these two will create.

""Healer", starts filming"
by HanCinema is licensed under a Creative Commons Attribution-Share Alike 3.0 Unported License.
Based on a work from this source