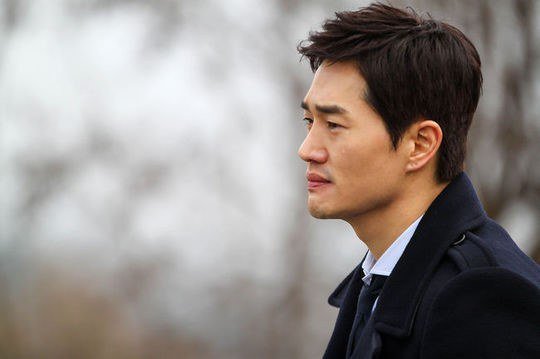 Still cuts of actor Yoo Ji-tae crying for an episode of "Healer", were released.

The pictures are from the fourteenth episode and Yoo has tears coming down his cheeks.

Yoo Ji-tae was able to express the sadness of losing his friend, relating to those who watch him.

The scene was taken in a very solemn atmosphere. It was a difficult one as Kim Moon-ho's sadness and pain of losing a friend had to be combined. However, Yoo Ji-tae's concentration completed the scene which caused everyone to almost cry.

Meanwhile, KBS "Healer" is being broadcasted today at 10PM.

""Healer" Yoo Ji-tae seen crying"
by HanCinema is licensed under a Creative Commons Attribution-Share Alike 3.0 Unported License.
Based on a work from this source