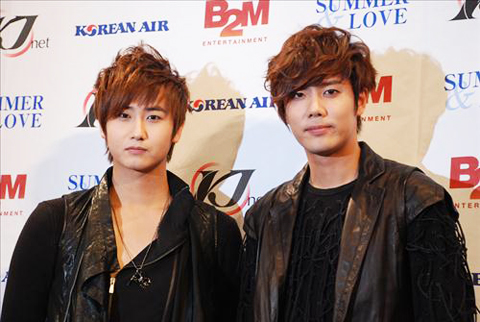 Heo Young-saeng and Kim Kyu-jong, members of the star group SS501, held a fan meeting in Japan on January 22 to commemorate the production of their first DVD entitled "SUMMER & LOVE", which will be released on April 15 in Japan.

During the fan meetings held twice at the CC Lemon Hall in Shibuya in the afternoon and at night, Heo and Kim presented the video footage filmed during the production of the DVD and answered every question that their fans asked. They received loud applause from the audience by holding a live performance when they invited a fan from the audience to the stage and presented the song "Never Like This" to the fan.

After finishing the afternoon performance, they participated in a press conference and Heo Young-saeng said, "I hope that this performance, which was made by only two of us, different from the ordinary performances by all five members of SS501, could give a completely different impression to our fans". Kim Kyu-jong said, "I was happy to hold this performance with fans in Japan after a long time and I could make good memories today". 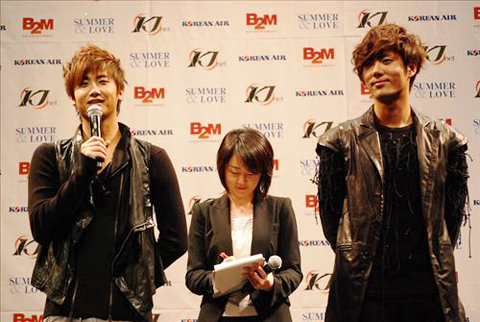 In addition, Kim introduced their first DVD, saying "We prepared this DVD for our fans and I hope that you can enjoy it". Heo also made a comment about the DVD, saying, "We first tried acting when we filmed the DVD, so it might look awkward, but I think that the clumsy acting was rather helpful in the DVD". Heo made his last comment, saying, "We are now striving to prepare our new album which will be released in March".

Kim Kyu-jong, who is taking acting lessons, revealed his ambitions by saying, "I want to show various appearances to people not only by singing, but also by acting in dramas and movies".