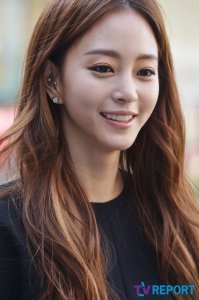 At a recent film award ceremony, Han Ye-seul made a small scene. While singing a song on the stage in a tubetop dress, her innerwear came into view for a moment, but there's no going back since it was a live broadcast.

Han did not give much thought to the incident, but Korean online users, many of whom are obsessive about anything and everything related to beautiful actresses, launched a blame game, and their initial target was Han's fashion coordinator.

When things get ugly like this, fashion coordinators are likely to take all the blame. But Han did not back down; instead, she vigorously defended her staff in public, a fresh development that eventually made big headlines in entertainment sections of major local dailies and online media.

"She is a really hard-working person, and things happen, you know, so I didn't have any hard feelings about her or the incident on stage", said Han in an interview with The Korea Herald on Wednesday. "And I don't think it's shameful or anything because what's important is how to complete a performance on the stage successfully and exposing my underwear by accident was no big deal".

After all, Han has a different perspective on the typical reaction from Korean audiences. Born and brought up mostly in the United States, Han (whose English name is Leslie Kim) is one of a steadily growing group of Korean-American actors who are fluent in Korean and willing to make a compromise when it comes to cultural conflicts. Han said she has encountered a slew of culturally challenging situations since her debut through a super model contest in 2001. For instance, Koreans are notorious for asking quite personal questions about family, marriage and religion, and Han said she got such questions a lot, especially about her family members.

"When I was competing in the supermodel contest, the screening committee very casually asked about the occupation of my father, and I was really confused. Since I didn't know how to answer, I just mumbled and got away with it without telling them my father's job", she said.

Unlike other Korean actresses, Han draws a clear line between professional duties and the importance of privacy related to her family. Her parents are now living in Orange County in Los Angeles, and she frequently flies back to her family when there's no project under way here, but she said she wants to respect the privacy of her parents at all costs.

Han is now one of the most celebrated actresses in Korea and her debut film, titled "Miss Gold Digger" is set to be released soon. She is also favored as a top-rated model for television commercials, and her popularity is surging in the domestic entertainment industry.

Han, however, faced some challenges when she stepped into acting. A novice in drama, she did not impress audiences, and the media did not pay much attention to this Korean-American actress and model.

The turning point came a year ago when Han got the title role for the television drama "Fantastic Couple", which turned out to be a life-changing experience. "I believe the drama series was a really important stepping stone for my acting career", she said.

But Han was not initially considered a candidate for the role. Uhm Jung-hwa, who made her name as an actress through her roles in "Marriage Is a Crazy Thing", "Singles" and "Seducing Mr. Perfect", was supposed to take the part, but pulled out of the project at the last minute due to her tight schedule.

The sudden turn of events offered Han a make-or-break chance, and she desperately appealed to the director of the drama series to consider her for the lead role. The deciding factor was her gut feeling that the role fit her perfectly. The drama director eventually made a risky bet on the fledgling actress, and the gamble proved to be immensely profitable for both the television station and Han.

"Fantastic Couple", featuring Han as a woman who has lost her memory, became a big hit, and television audiences began to notice Han's acting talent. "When I was in the beginning stage, I did not get the idea about acting at all since I was just trying to imitate and mimic. But in 'Fantastic Couple', I came to love the role and devoted myself to the role, simply and honestly", she said.

Thanks to her bilingual background, Han said she's willing to enter the American movie and drama market in the future. "In the Western world, China and Japan are relatively well known among the public, but few people know Korea and Korean culture. Even now, there are a host of Hollywood movies featuring Chinese and Japanese culture, so I want to play a part in promoting Korean culture in foreign markets", she said.

Han said her role model for the globalization of Korean culture is Kim Yunjin, also a bilingual actress who solidified her position in Hollywood with her impressive performance in "Lost".