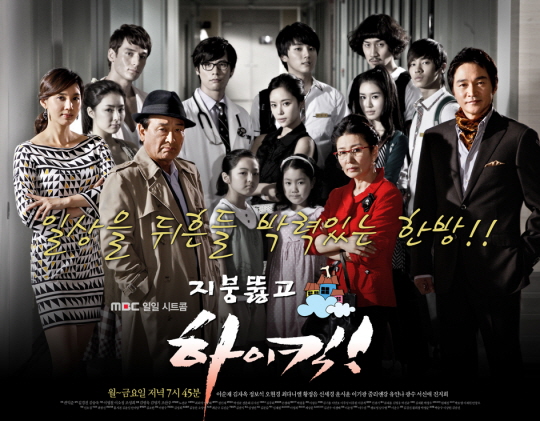 Actors and actresses are lining up for the cast of the next season as the first two seasons have already produced many stars like Jung Il-woo, Choi Daniel, Shin Se-kyung and more.

Actually, many management companies with rookies actors and actresses are keeping a close watch on the movements of the production team and attempting at continuous contact.

Someone conveyed, "Everyone is dying to be in the next "High Kick". The production is just keeping every option open as it is only the beginning".

Not only rookies, but even existing stars want to be on this. No Joo-hyun, Park Young-gyu, Lee Soon-jae, Jung Bo-suk and more have been successful so far in changing their image through producer Kim Byung-wook's sitcom.

A hallyu star also expressed his want to working with PD Kim Byung-wook.

Apparently Hwang Shin-hye is also being considered as a cast for "High Kick 3, The Short Legs Counterattack".

Coming this fall and completing the line up within April, all viewers and the whole broadcast biz have their attention on "High Kick 3, The Short Legs Counterattack"

""High Kick 3, The Short Legs Counterattack", casting competition ignited"
by HanCinema is licensed under a Creative Commons Attribution-Share Alike 3.0 Unported License.
Based on a work from this source