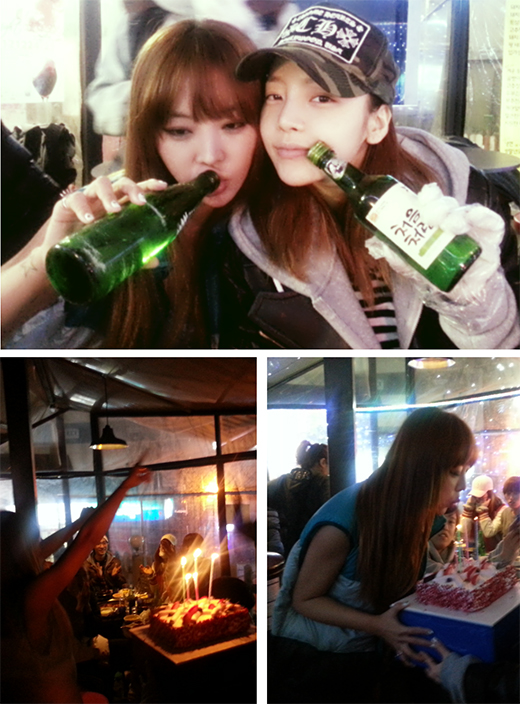 Kara's member Goo Ha-ra revealed pictures of the drink she is modeling for.

Goo Ha-ra and Brown Eyed Girls' member Narsha took a picture together. It seems like it was Narsha's birthday and Koo Ha-ra is holding a bottle of soju well enough for the label to be seen.

Goo Ha-ra is currently modeling for the product along with Four Minute's Hyeon-ah and Sistar's Hyolyn.

However, the promotional video brought out issues of being sexually suggestive and according to recommendations of the Seoul City Hall, the alcoholic manufacturer, entertainment agency and commercial production have put a hold on the ad. The relevant companies will edit the video on a lower scale.

"Hold down on soju promotion Goo Ha-ra"
by HanCinema is licensed under a Creative Commons Attribution-Share Alike 3.0 Unported License.
Based on a work from this source