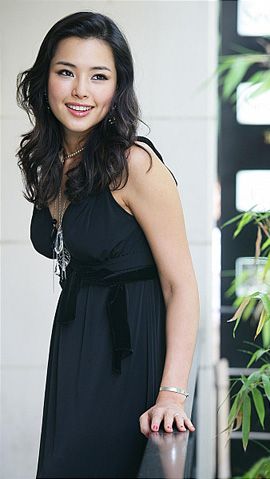 It was the first time the daily introduced a beauty contestant, not a celebrity. It wrote that Lee, who holds a third degree black belt in taekwondo, "once played "Bodyguard" to actress Kim Tae-hee" when she was in college, because she is 10 centimeters taller than Kim and has excellent taekwondo skills. The daily wrote, "The two beauties have been good friends since joining the same ski club while studying at Korea's prestigious Seoul National University in 2004".

Lee currently hosts a weekly entertainment show along with emcee Suh Kyung-suk, but she denies that she has made an official debut in showbiz. The Singaporean daily quoted Lee's agency as saying that Lee "wants to represent traditional Korean beauty and culture to the world. And this is the first step toward fulfilling her goal".

The Electronic New Paper showed great interest in Lee, adding that she received a traditional red Mexican doll from the First Lady of Mexico at the Miss Universe competition back in May.