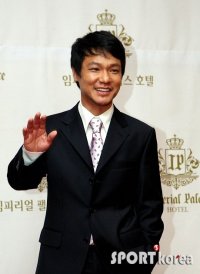 Actor Hong Kyung-in who recently returned to the entertainment scene through a musical after his military discharge will return to the television screen for the first time in four years in the upcoming SBS series "Robber".

Hong Kyung-in's appearance in the series was actually decided based on his friendship with actor Jang Hyuk. The two also appeared together in the movie "Zzang" and drama series "Daemang".

Hong Kyung-in commented, "It feels like just yesterday that I was in the military waiting to return to the television screen, and now I am extremely excited and happy to be part of a great piece. I am looking forward to working with my close friend Jang Hyuk as well".