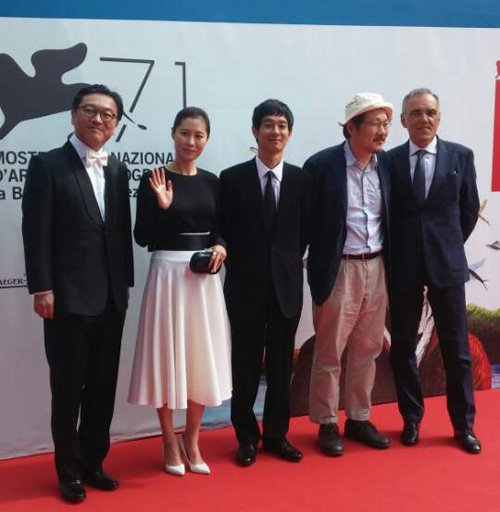 Hong Sang-soo's feature film "Hill of Freedom" has received rave reviews at this year's Venice International Film Festival which wraps up its 10-day run this weekend.

The film, invited to the Orizzonti competition section of the festival, was screened there on Tuesday.

Hong and the main cast, including Japanese actor Ryo Kase and actress Moon So-ri, attended the red carpet event ahead of the screening.

Tickets for the film were sold out and the audience clapped after the screening.

The film is about a Japanese man who arrives in Korea to find his old lover and encounters various people in the meantime.

It is set to hit theaters in Korea on Thursday.