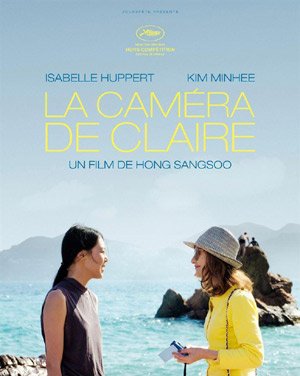 Hong Sang-soo's latest film starring his lover Kim Min-hee will hit theaters in Korea on April 25. A trailer for the movie was unveiled on Monday.

"Claire's Camera" tells the story of two women who bond over a mutual interest in cameras at the Cannes Film Festival, despite a big age gap.

Iconic French actress Isabelle Huppert plays an amateur photographer and part-time high school teacher, while Kim takes the role of a former film sales agent who lost her job after getting romantically involved with a film director.

The film was invited to the Cannes Film Festival last year for a special screening session.