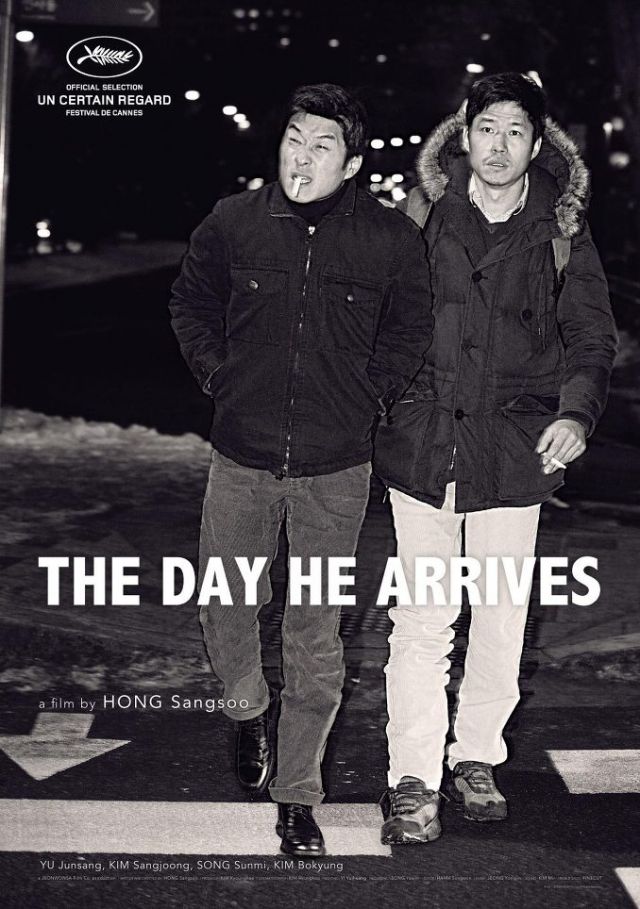 South Korea's leading film and entertainment magazine Cine21 has picked Hong Sang-soo's "The Day He Arrives" as the Best Film of 2011. In their annual survey, the magazine with its 33 journalists and critics also picked Hong as the Best Director of the Year.The magazine lauded "The Day He Arrives" as "a singular experience of time and space and memory".
Cine21's writers voted Tang Wei Best Actress of the Year. The magazine noted that Kim Tae-yong's remake "Late Autumn - 2010" would have been unimaginable without the Chinese actress.
Best Actor went to Kim Yun-seok,for his performances in "The Yellow Sea" and "Punch". He played a tremendous killer in the one and a furry uncle-like teacher in the latter.
Best Producer went to Jaime SHIM for her work on the watershed animation "Leafie, A Hen Into The Wild". Best Director of Photography went to KIM Woo-hyoung (also known as KIM Woo-hyeong) for his work on "The Front Line" and "Late Autumn - 2010". Best Scriptwriter went to Park In-je, who wrote and directed the thriller "Moby Dick".(Cine21 also picked the film as the year's most underrated film.)
Best New Director went to Yoon Sung-hyun for his storytelling skills and capable direction of actors in "Bleak Night". A Korean Academy of Film Arts (KAFA) feature, the film debuted at the Busan International Film Festival's New Currents competition and went from there to the Rotterdam film festival's Tiger Awards Competition and many other fests.
Best New Actress went to Yoo Da-in for her "multi-faceted face" and her performance in Min Yong-keun's "Re-encounter". Best New Actor went to Lee Je-hoon for his performances in South Korea's Oscar Best Foreign Language Film category submission "The Front Line" and "Bleak Night".

"Hong Sang-soo tops Cine21's picks of the year"
by HanCinema is licensed under a Creative Commons Attribution-Share Alike 3.0 Unported License.
Based on a work from this source