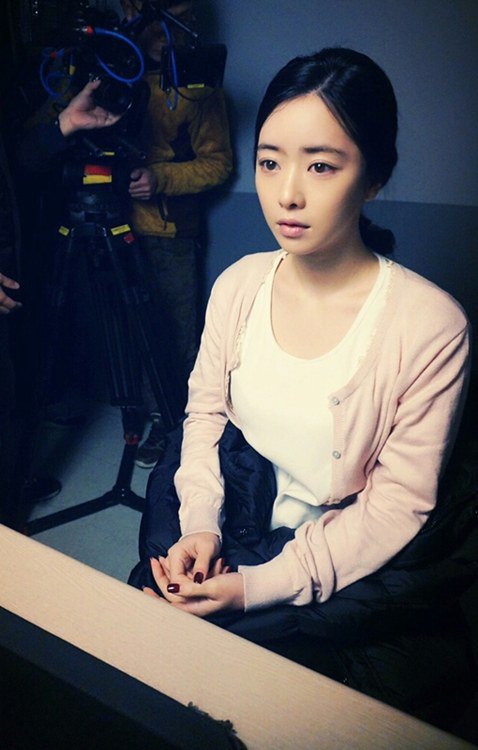 Behind-the-scene cuts of Hong Soo-ah made up as Ga-in in the movie "Malice" were released on the 19th in Well Made Show 21.

The pictures show the innocent looking actress without make-up.

Although her face is bare, she displays perfect skin without a flaw.

Hong Soo-ah goes through a great transformation in the movie "Malice" and apparently she's done a great job so far.

This movie is due to be released this summer and is based on the Ripley Syndrome. Hong Soo-ah stars in a thriller in which she plays Ga-in who takes everything away from her friend.

Meanwhile, Hong Soo-ah has signed a contract with Well Made Show 21 and is active nationally.

"Hong Soo-ah seen make-up-less"
by HanCinema is licensed under a Creative Commons Attribution-Share Alike 3.0 Unported License.
Based on a work from this source