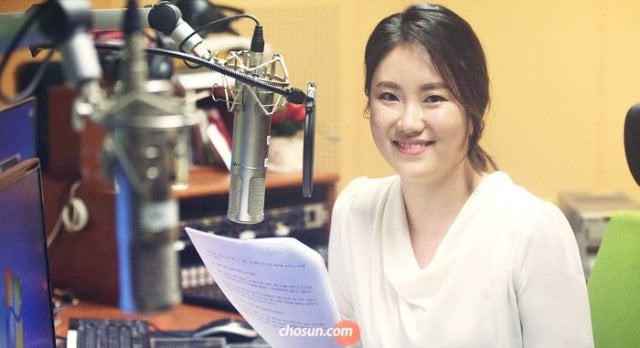 "I'm so grateful to those who have listened to my show for such a long time. Many of them were young students when the show started. They've all grown up with the show and settled into their life as fathers or mothers", she said.

The show's popularity is not the result of some brilliant formula. Rather than inviting celebrities on to chat, which is the trend among music shows these days, Hur simply plays songs from the 1990s and calmly reads out listeners' stories.

"I used to invite guests on, but listeners didn't like it very much. Most of my listeners don't like programs that spend too much time chatting with guests, instead of playing as many songs as possible", she said.

Unlike the hosts of other shows, many of which are dominated by famous TV personalities, Hur remains largely obscure to the public. She began her radio career as a disc jockey at the station. Happy with her anonymity, she never talks about herself, believing radio's appeal is based on an illusion or a fantasy that the listener helps to create. "Listeners often imagine while tuned in to the radio. I think it's better to keep them curious", Hur said.

"Why do people listen to the radio? I think listeners are looking for sympathy and some sort of comfort. If they just want to hear a certain song, they could simply download it any time they want. I believe radio creates a unique emotional experience, which is why it will continue to be loved", she said.

"Host of Long-Running Radio Show Happy with Anonymity"
by HanCinema is licensed under a Creative Commons Attribution-Share Alike 3.0 Unported License.
Based on a work from this source