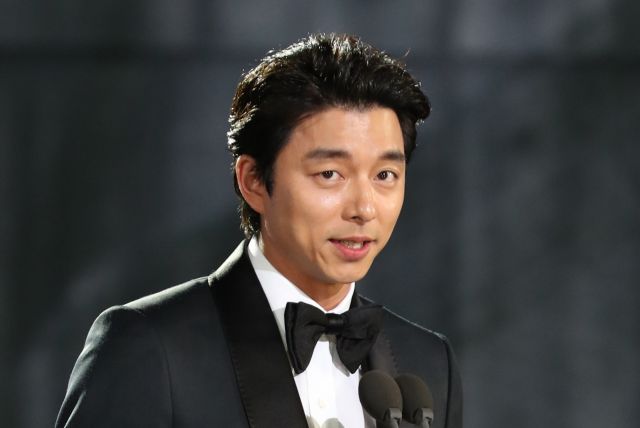 Moved to tears, an emotional Gong Yoo accepted the award for Best Actor for "Goblin" in the television category of the 53rd Baeksang Arts Awards.

With the audience looking on, Gong Yoo introduced himself with his real name, Gong Ji-cheol, then went on to talk about the different roles he's taken on in the past year. He revealed that he had been struggling with his anxieties and with finding himself, then went on to apologize to his mother for being so distant. Along the way, he thanked "Goblin" writer, Kim Eun-sook, for taking an interest in him, and the other members of the cast and crew for the show.

He wasn't the only one to give a heartfelt and emotional acceptance; Best Actress winner Seo Hyun-jin also broke down in tears when she won for her performance in "Oh Hae-Young Again". Both actors have gone from success to success in 2016, so here's hoping we see more of them in 2017.