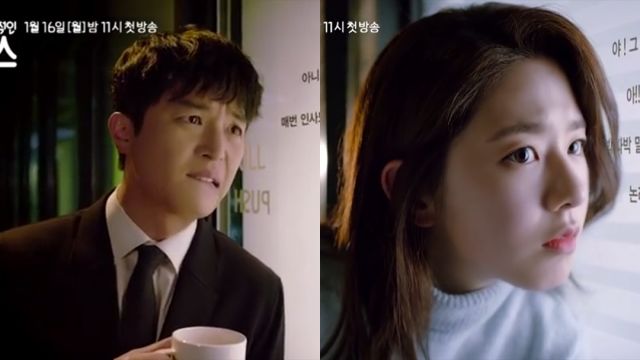 "Introvert Boss" is the latest from the writing and directing team behind 2014 comedy "Marriage Over Love", which also featured Yeon Woo-jin as the lead. In the latest teaser, he plays Eun Hwan-ki, who is so socially awkward that he runs away instead of confronting his gossipy subordinates. Meanwhile, Chae Ro-woon, played by Park Hye-soo, isn't shy about defending herself from her sunbaes.

It looks like a fun match-up with a fun premise, as Ro-woon is actually on a secret quest for revenge on the hapless Hwan-ki. I'm not a fan of revenge plots, so the idea of a revenge comedy sounds pretty appealing; I'll be checking it out on January 17, 2017 when it premieres. Here's hoping the show turns out as entertaining as the teaser.