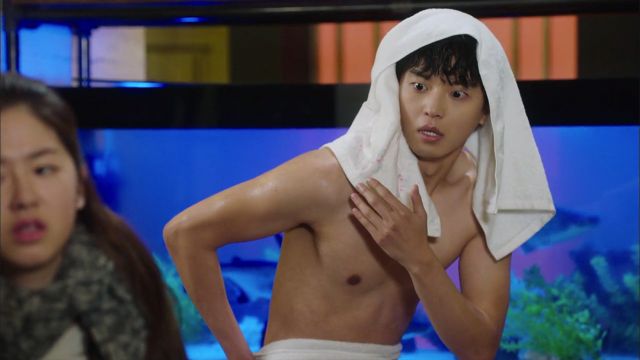 After only two weeks on the air, "Introvert Boss" is taking time out for rewrites and a brand new direction. Is this good news or bad news? We'll have to wait until the show returns to find out.

Thanks to (extroverted) viewer complaints and low ratings, "Introvert Boss" will not be airing this week. Instead, the production has announced that it will be reshooting episodes 5 and 6 from an extensively rewritten script, to air on February 6th and 7th.

Expectations for "Introvert Boss" were high before it premiered, with Yeon Woo-jin as the male lead, paired with the director of "Oh Hae-Young Again" and "Marriage Over Love", Song Hyeon-wook. Despite debuting with strong ratings, viewership plummeted in the second week, thanks to viewers' inability to connect with the characters, in particular female lead Chae Ro-woon, played by Park Hye-soo. The character of Chae Ro-woon was meant to be the polar opposite of the shy male lead, Eun Hwan-ki (Yeon Woo-jin), but her behavious was too extreme to be believable.

I'm glad to know I wasn't the only one who had trouble buying the idea of a newly hired employee getting away with physically attacking the CEO of her company, then repeatedly getting caught breaking into his office and his desk with no consequences. Personally, I also wasn't fond of the scene of Chae Ro-woon getting slapped by a client.

Kudos to the production for admitting its mistakes and aiming for a new direction, but we'll have to wait and see if we end up with an even worse mess, or if "Introvert Boss" can sort out its problems.