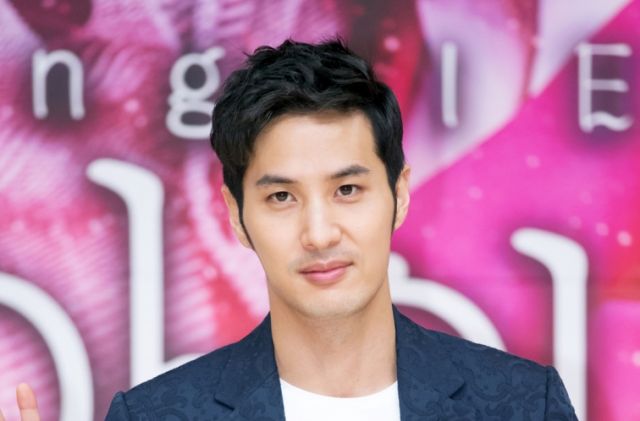 Perpetual charming second lead Kim Ji-suk may have finally made it to the big time as he considers joining the cast of "Boy and Girl From the 20th Century", a romantic comedy drama purporting to depict the lives of 30-something virgin women as they make their way in modern Seoul. Leaving aside the premise of modern 30-something virgins (what?), being a lead in a romantic comedy seems like a great idea for Kim Ji-suk, who can bring both comedy and intensity in equal measure. He was equally as great as the handsome but loony Jin Sang in "Another Oh Hae Young" as he was weeping his eyes out (in a shower, no less) in "Angel Eyes". Not to mention his latest turn as Yeonsangun in "Rebel: Thief Who Stole the People".

Currently, Han Ye-seul is also considering signing on for "Boy and Girl From the 20th Century", but there's no word on whether these two will be matched up. I'm not entirely on board with this premise, so if they do sign on, here's hoping they can generate some chemistry to keep me distracted.

"Boy and Girl From the 20th Century" is set to air in September on Mondays and Tuesdays.