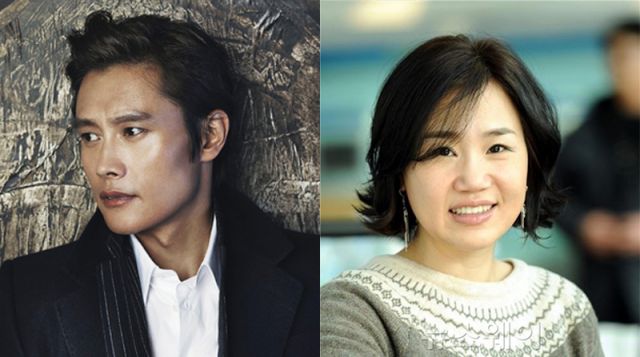 Lee Byung-hun will finally make a comeback to the small screen in "Mr. Sunshine", the latest from Kim Eun-sook, the writer of "Goblin" and "Descendants of the Sun".

When Kim Eun-sook recently announced her latest project, "Mr. Sunshine", she added that she already had an actor in mind for the lead role. She probably had some inkling at the time that the latest in a long line of enviable leading men would be Lee Byung-hun. Set in the early 1900s, "Mr. Sunshine" tells the story of a star-crossed love between a common soldier in the resistance movement against the Japanese occupation and an aristocrat's daughter.

Kim Eun-sook's dramas tend to give their leading men a huge popularity boost, something Lee Byung-hun probably needs after a couple of scandal-plagued years. "Mr. Sunshine" will be his first drama since "IRIS" in 2009, and he's spent the intervening time making movies, both in Korea and in the US.

"Mr. Sunshine" is still in the early planning stages and won't air until mid-2018, which gives us at least a few months to speculate over who will play the female lead. Hopefully whoever is cast has more to do in the drama than cry.