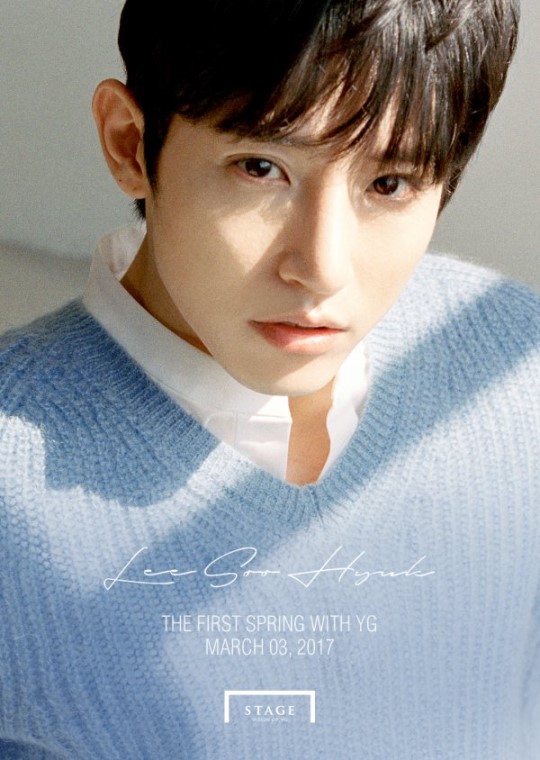 YG Entertainment welcomed Lee Soo-hyuk to their management agency today. What will this mean for the career of the model-turned-actor?

After debuting as a model in 2006, Lee Soo-hyuk's first drama was the 2011 ensemble drama, "Drama Special - White Christmas". He switched management companies to Star J Entertainment in 2014 and got his first opportunity to play a second male lead in "The King of High School Manners". After consistently playing second male leads for the past three years, Lee Soo-hyuk is moving on to YG Entertainment.

Lee Soo-hyuk's last management agency switch resulted in an upgrade from supporting actor to second male lead. It is likely that this latest move is fueled by a desire to tackle leading male roles. Lee Soo-hyuk turns 28 years old this year, and with mandatory military enlistment looming, an aggressive career move is warranted.

I applaud Lee Soo-hyuk's career move if it will indeed give him a chance to play the male lead in a drama. He has spent the last three years demonstrating acting range beyond the aloof and icy model, most notably as a lovable loser in "Neighborhood Hero", and wonderfully chewing up the scenery in "Scholar Who Walks the Night". His ambition is not unreasonable when contemporaries like Ahn Jae-hyun and Park Bo-gum have been given the chance to lead dramas.

After his fellow model-turned-actor, Kim Young-kwang got his first leading role in "The Man In My House", Lee Soo-hyuk must have wondered why he shouldn't also have the same opportunity. Hopefully, YG Entertainment can make this happen.