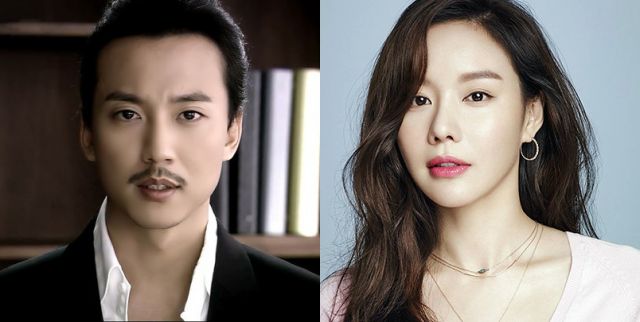 After four years away from the small screen, Kim Nam-gil's comeback project might be tvN's latest drama with Kim Ah-joong.

On May 11th, cable network tvN announced plans to produce a new drama "Live Up to Your Name" to air in July, with offers out to Kim Nam-gil and Kim Ah-joong to star. If he accepts, Kim Nam-gil will be cast as a Joseon-era doctor of traditional medicine who is frustrated in his career by his status as the son of a concubine. He travels forward in time to modern-day Seoul where he meets a medical doctor (Kim Ah-joong, if she accepts), who hides her secrets underneath a cold exterior.

Time travel dramas can be hit (see "Tunnel - Drama" or "Queen In-hyun's Man") or miss (see "Dr. JIN"), but I just can't resist them. On the upside, the team seems like the type who can give us something a little deeper than the usual fish-out-of-water hijinks followed by prolonged angst. Hong Jong-chan recently won a Baeksang Award for "Dear My Friends" and the writer, Kim Eun-hee-II worked on "The Queen's Classroom", both of which had great female characters and a strong emotional core. I'm looking forward to seeing what they can do with such a fantastical premise, especially if Kim Nam-gil and Kim Ah-joong sign on.