Hot Takes from the Noonas: Will "Tomorrow With You" follow the success of "Goblin"? 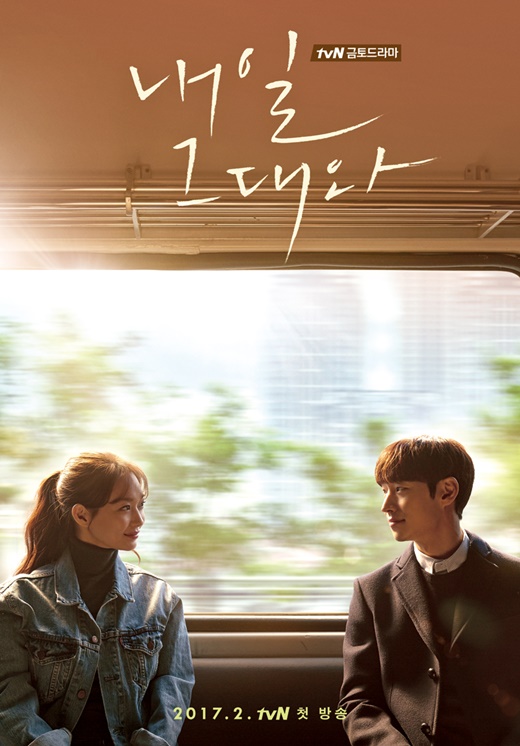 With the massive success of "Goblin", the pressure is on for tvN to entice their current viewers to keep watching after the Gong Yoo drama finishes. The cable network is betting on "Tomorrow With You" starring Shin Min-ah and Lee Je-hoon.

Of the two leads, I would say that Shin Min-ah is the more popular star thanks to previous hit dramas like "My Girlfriend is a Gumiho". Sadly, her last drama, "Oh My Venus", was a disappointment. The show never managed to overcome its offensive weight loss premise, and Shin Min-ah's chemistry with So Ji-sub was tepid at best.

With the right co-star, Shin Min-ah has a mischievous spark that is undeniably appealing. In her personal life, Shin Min-ah has shown a fondness for what Koreans refer to as dinosaur faces like Kim Woo-bin and Choi Seung-hyun (aka T.O.P. of Big Bang). So, the mind boggles at what could have been if Lee Min-ki had not declined the lead male role for "Tomorrow With You".

Lee Je-hoon's last drama, "Signal" was both a ratings and critical hit in Korea, and this is probably what propelled him into the lead role of "Tomorrow With You". Previous to "Signal", the closest Lee Je-hoon came to a romance was the horrific "Fashion King", which was unflattering to everyone involved. So, it remains to be seen if Lee Je-hoon is able to generate romantic chemistry, and how he will play off of Shin Min-ah.

The newly released poster for "Tomorrow With You" is promising with Shin Min-ah and Lee Je-hoon looking great and exuding a lot of warmth towards each other. The trailer will be the first true test of the drama's potential.