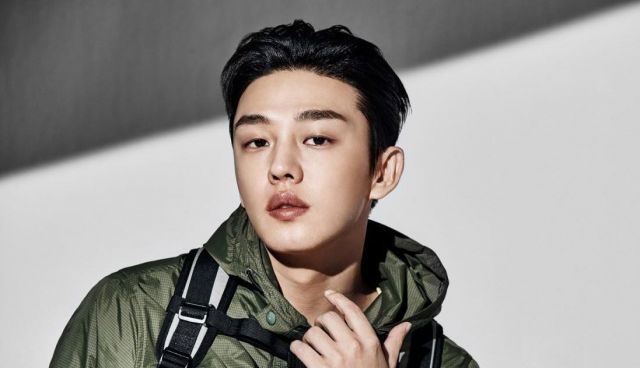 Yoo Ah-in's military enlistment is coming up, but he may get one more project in before he goes, as the lead in tvN's upcoming drama, "Chicago Typewriter".

Details of the fantasy romantic comedy are sketchy, but the last name to come up in connection with "Chicago Typewriter" was Park Shin-hye, when rumours surfaced that she had been offered the lead role in mid-December. Her management was quick to deny it, but given that tvN has been putting its prestige projects into the Friday-Saturday time slot, it may not have been such a far-fetched story. The last show to air on the network in that time slot was ratings monster, "Goblin", starring Gong Yoo and Kim Go-eun.

"Chicago Typewriter" will be written by Jin Soo-wan, of "Kill Me, Heal Me" and "The Sun and the Moon". The plot seems a bit bonkers but fun, featuring writers from the 1930s who are reincarnated in the present as a best-selling writer in a slump, an anti-fan, and a ghostwriter. Yoo Ah-in's profile has been rising steadily in the past couple of years, and having a hit drama with Park Shin-hye certainly won't hurt as he leaves for his army service. Yoo Ah-in's last drama was 2015's "Six Flying Dragons", and it's been a while since he's been in a romantic comedy on tv, so if he confirms, it'll give me another excuse not to go out on Friday and Saturday nights.

"Chicago Typewriter" is set to air on tvN at the end of March, on Fridays and Saturdays following "Tomorrow With You".