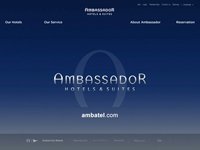 Celebrating the renewal opening, those joining the membership or making reservations through the website will have a chance to win prizes. The event is held through Dec. 7. For inquiries, call (02) 2270-3999. 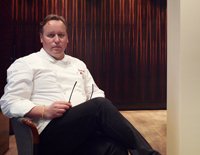 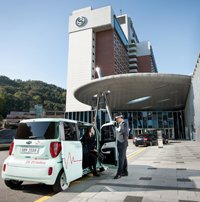 The automobile is propelled by electric motors, and the hotel has prepared electric charging equipment for the service. Besides the car, the hotel has adopted many green management ideas, including a new parking lot with solar energy generators that can produce 150 kilowatts of solar energy a day and light up 700 LED lamps.

To promote the new service, the hotel holds an event for naming of the car on its Facebook page, www.facebook.com/sheratonwalkerhill. For inquiry, call (02) 455-5000. 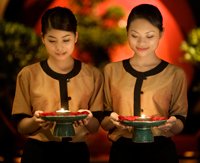 The package offers one night at the hotel's club guestroom and 90-minute spa treatment for one person with a 30-percent discount for a second guest. It is priced at 446,000 won.

Therapists receive training at Banyan Tree Spa Academy in Phuket, so all Banyan Tree spas around the world offer the same high-quality service. The Seoul spa offers the resort brand's signature spa programs which are also available at some 60 other worldwide locations, with prices ranging from 100,000 won to 600,000 won. 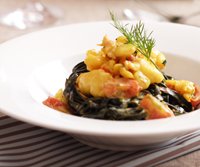 Every Saturday and Sunday at lunchtime, the restaurant also invites children to a pizza cooking class. For more information, call (02) 317-3270.

"Hotel Lobby"
by HanCinema is licensed under a Creative Commons Attribution-Share Alike 3.0 Unported License.
Based on a work from this source