How is "Iris 2" coming along "Scripts according to Season 1 lead roles, Lee Byung-hun and Kim Tae-hee" 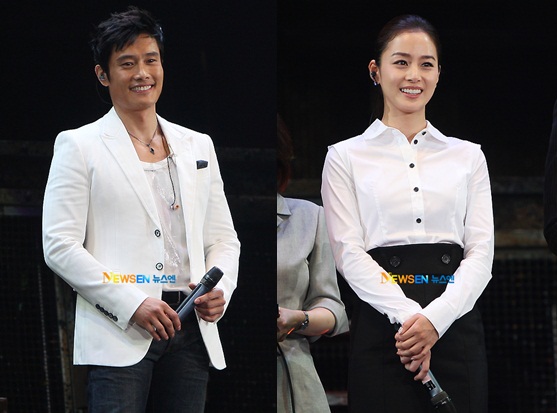 Blockbuster spy action drama "IRIS 2" will be on screen this winter after its outstanding record of 39.9% in ratings in 2009.

"IRIS" and "ATHENA" productions Tae Won Entertainemtn chairman Jeong Tae-won met with reporters on the 13th at the Kyeongjoo World Cultural Expo and revealed, "The scripts for "IRIS 2" is currently being written and will be broadcast sometime this coming winter".

He went on and hoped, ""ATHENA" was a spin off for "IRIS" and they connected well after the other. I want a unique plan by connecting "ATHENA" with 2 and 3. So watching the two together would be fun but watching them by itself would be alright as well".

Meanwhile, "IRIS 2" plans on revealing all the mysteries about Hyeon-joon's (Lee Byung-hun) death, the arrest of Baek-san for working in "IRIS", and puppeteer of it all Mr. Black and other hidden elements. Also the way "IRIS 2" relates somehow with "ATHENA" will also be something to look forward to.

"How is "Iris 2" coming along "Scripts according to Season 1 lead roles, Lee Byung-hun and Kim Tae-hee" "
by HanCinema is licensed under a Creative Commons Attribution-Share Alike 3.0 Unported License.
Based on a work from this source