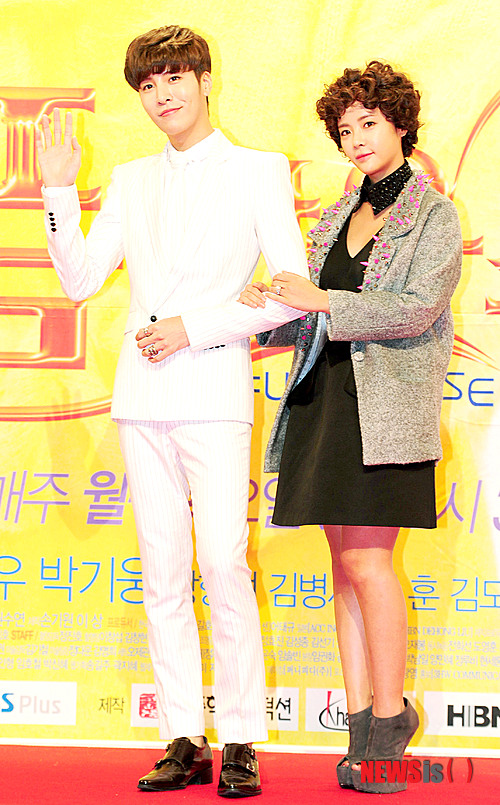 SBS Plus "Full House 2" actor No Min-woo (26) and Hwang Jung-eum (27) were disappointed in their drama being organized as cable and not ground wave.

Hwang Jung-eum said, "It's disappointing and I'm upset but if this is what I have to accept then it will. I want to tell all the people around me to watch it. I am confident about it".

No Min-woo said, "If this is fate then I accept it. This generation watches a lot of reruns and I do to. If our drama is fun then many people will watch it. I think we did our best and I expect many to be a fan of it".

"Full House 2" is based on cartoonist Won Soo-yeon's work. It is the story of Jang Man-ok a bright but poor wannabe fashion designer and bad tempered top star Lee Tae-ik.

No Min-woo takes on the role of the only son of Taesan Group who is fluent in three languages. One day the company goes bankrupt and his father dies and his mother turns mentally ill. He debuts as male group "Take One" do get back his father's inheritance, the Full House.

Hwang Jung-eum takes on the role of Jang Man-ok who grew up in Paris among luxury brands and fashion but returns to Korea when her mother and father die in car accident. She dreams of becoming a fashion designer but becomes the fashion coordinator of Take One instead and gets involved with Lee Tae-ik and Lee Kang-hwi (Park Ki-woong).

"Full House 2" is to be aired on the 22nd of October from 12:30 PM. The main broadcast is from Monday to Thursday and reruns on Friday.

"Hwang Jung-eum and No Min-woo "Full House 2" in Japan and Korea"
by HanCinema is licensed under a Creative Commons Attribution-Share Alike 3.0 Unported License.
Based on a work from this source