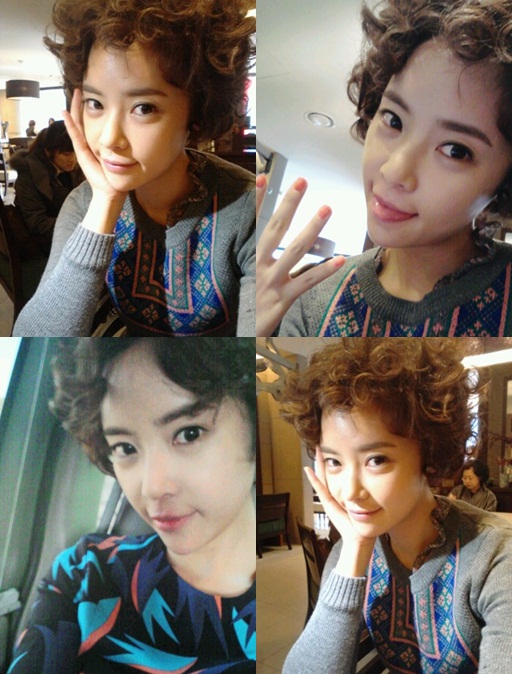 She posted many pictures on her mini homepage on the 17th titled, "2011 December 17th".

In the pictures, she looks somewhat cheerful with her short cut and permed hairstyle. She added cuteness with various expressions and poses, resembling Beethoven.

Those who have seen these pictures say, "Your hair is so cute!", "Is the Beethoven ahir by Hwang Jung-eum going to be a trend in 2012?", "I can't wait to see you back in acting" and more.

Meanwhile, Hwang Jung-eum has been cast for the drama "Full House 2" which is to be broadcasted in Japan TBS in March 2012, with No Min-woo.

"Hwang Jung-eum, Beethoven hairstyle for "Full House 2"?"
by HanCinema is licensed under a Creative Commons Attribution-Share Alike 3.0 Unported License.
Based on a work from this source