Hwang Jung-eum "I got annoyed for the acting dispute" 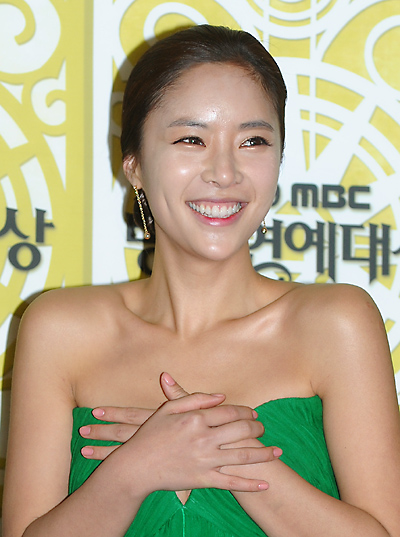 While actress Hwang Jung-eum is about to play the first lead role since her debut, he honestly poured her heart out about the issues that went around about her acting after she transformed to an actress.

At the presentation of MBC new drama "Can You Hear my Heart" on the 30th at the 63 building, she confessed, "Actually, I suffered from stress about my acting argument after "High Kick Through The Roof" and while I was doing my first drama "Giant". When I saw those kind of reactions, I said to myself, 'why don't they do it then'".

"Hwang Jung-eum "I got annoyed for the acting dispute""
by HanCinema is licensed under a Creative Commons Attribution-Share Alike 3.0 Unported License.
Based on a work from this source