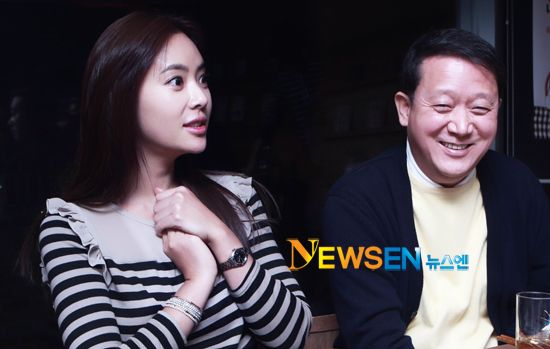 Hwang Jung-eum recently appeared in SBS "Giant" and showed a mature acting skill, which can be a good steppingstone to her success as an actress; her next project is on the way already.

This may lead to thoughts such as, “Why she already preparing for her next drama/movie?' but Hwang Jung-eum thinks that she ignited her with "Giant" and it's time for her to step accelerator with another project.

Hwang Jung-eum said, “Since I was so busy when I was filming 'High Kick Through The Roof', now I feel nervous if I get rest in any mean. It's better for me to work nonstop.”

Hwang Jung-eum continued, “Previously, people had break after each drama/film, but nobody has that nowadays. Since everyone work as much as they can, I do that, too; people who doesn't, look strange now.” This can be interpreted as Hwang Jung-eum's will to continue on her popularity.

Rep. Kim Gwang-soo said, “In the past, Hwang Jung-eum wanted a break so bad, but now, she is saying, 'I'm resting for few days. I want to do something right now'.”

Hwang Jung-eum, who is changing through one film/drama to another, is bringing interest to the audience about her next change.

"Hwang Jung-eum proof that she is 'Workaholic' who feel nervous even by short-term break"
by HanCinema is licensed under a Creative Commons Attribution-Share Alike 3.0 Unported License.
Based on a work from this source